A FedEx employee from Tennessee, Jonathan Pace, has discovered the largest known prime number making history in the process. 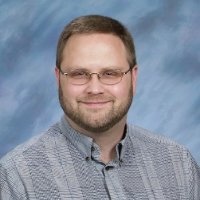 The newly found number has 23,249,425 digits, nearly a million more than the previous record holder. It is calculated by multiplying together 77,232,917 twos, and then subtracting one.

The search has been ongoing for years, under a collaborative computer project called the Great Internet Mersenne Prime Search. The number was found in late December, on a computer volunteered by Pace, who had been hunting for primes for 14 years.

Merseene primes, a special class of rare prime numbers, are named after Jesuit scholar Marin Mersenne, who studied them in the 17th century.

The 23,249,425 digit number is big enough to fill an entire shelf of books totaling 9,000 pages. If one were to write five digits to an inch then 54 days later you'd have a number stretching over 73 miles almost 3 miles longer than the previous record prime."

Pace, an electrical engineer is a volunteer in the GIMPS. Thousands, armed with "reasonably modern" computers and Great Internet Mersenne Prime Search (GIMPS) software, volunteer on the project, according to the GIMPS website.

The number is over 23 million digits long.

This comes as Pace's first discovery since starting volunteering on the GIMPS project 14 years ago.