Scientists from Russia and Singapore created an algorithm that predicts user marital status with 86 per cent precision using data from three social networks instead of one. 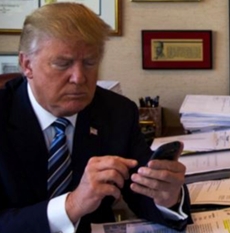 While testing, the program identified Donald Trump, the 45th US President who is actually married, as single. According to the developers, this inconsistency came up because of Trump's abnormal activity in the media: the businessman and his assistants use Twitter like a bachelor. The study was reported at the AAAI Conference on Artificial Intelligence in San Francisco.

Mathematicians from ITMO University in Saint Petersburg, Russia, and National University of Singapore found out that profiling users through several social networks rather than just one makes it possible to learn specific details about individuals.

In particular, the researchers focused on such a characteristic as marital status. Combining the data from Twitter, Instagram and Foursquare, they taught the algorithm to predict this parameter with 86 per cent precision, 17 per cent higher than using just one social network.

The algorithm can examine any English-speaking account. To demonstrate how the program operates, Andrey Filchenkov, associate professor of Computer Technology Department at ITMO University, collected and analysed tweets of Barack Obama and Donald Trump, the 44th and 45th Presidents of the United States.

Based on this data, the algorithm confirmed Obama's marital status, but concluded that Donald Trump is a bachelor. This irregularity can be explained by the fact that Trump himself does not update his social media accounts. "We all know about his wife Melania," says the researcher, "But in this case, we are studying whether all Trump's assistants are married or not. We are not guessing who Trump is, but who runs his social media."

To train the algorithm to understand the data input, the scientists turned the activity of users from New York, Singapore and London into sets, or vectors, of such parameters as an average tweet size, the most frequent objects in the photo, check-in distribution and so on. Then developers used these vectors in basic machine learning models.

Co-author of the paper, Kseniya Buraya, researcher at ITMO University's International laboratory "Computer technologies", is doing an internship at National University of Singapore, where she studies approaches for describing human personality through social networks. She processes user data with this algorithm and then adapts the information to Myers-Briggs Type Indicator (MBTI), a scale of psychological types based on Jung theses.

The scale describes a person in terms of how he or she interacts with the world which, in turn, is easiest to learn from social media. Kseniya Buraya explains: "Many scientific sources associate a person psychological type with his marital status. So, we decided to check how precisely we can predict this parameter to use it for making human psychological portraits in the future".

User profiling, according to the scientists, can have a wide range of applications.

For example, recruiters can learn more about people who are applying for a job. More generally, characterising personality through activity in social media will help discover illegal groups as well as find people prone to depression or suicide and support them.

The article won a student contest of the most affluent scientific event in its field - AAAI Conference on Artificial Intelligence, thus the scientists got an opportunity to present a 3-minute thesis about the research.

The authors regard the report as a kind of "reservation" for further work. They are going to continue the study to achieve publication in a peer-reviewed international journal.