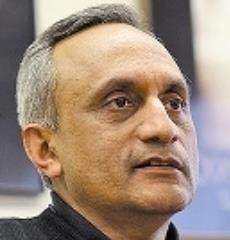 Billionaire Manoj Bhargava who made his fortune with 5-hour Energy, a smash hit caffeinated drink, has now come up with a stationary bicycle that can meet a rural household's electricity needs for all 24 hours.

The Michigan, US-based philanthropist wants to light up rural India with his innovative bicycle, which, he claims, will give day-long power on an hour's pedaling.

''I have graduated from five hours to 24 hours,'' says the Lucknow-born, US-based entrepreneur as he launched his machine Free Electric in Delhi on Friday.

Bhargava uses a stationary bicycle with reclining seats that fully charges an attached battery when pedaled for an hour - generating enough electricity to power light bulbs, a fan, a cellphone, and even perhaps a low wattage TV. Estimated to cost Rs12,000-15,000, Free Electric will be manufactured in India and the US and hit the market by March next year.

Bhargava suggests that an entrepreneur can act as an electricity utility by purchasing one bicycle and power up several batteries that he can supply to villagers at a nominal cost.

He has pledged 99 per cent of his wealth (estimated at $4 billion) to finding solutions that will meet the energy, water and healthcare needs of the world's poor.

Bhargava has set up Stage 2 Innovations, an invention shop that has come out with the Free Electric. He now plans to launch `The Rainmaker', a water purification machine that can make saltwater potable. He is also working on another project which uses graphene cables to harness earth's heat to produce electricity.

Also in the works is an artery widening machine that cures angina. 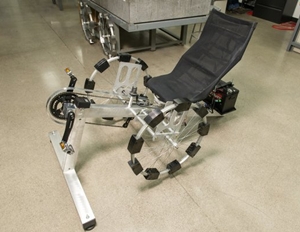 Bhargava, who funded electoral candidates in Michigan and was labelled by the US media as ''the political kingmaker nobody knows'', however, has no faith in governments or non-governmental organisations.

''Non-profits are horribly inefficient. Though they are not as bad as governments,'' he says, stressing that the most efficient way to reach the end consumer is through ''for profit'' channels.

He is also pushing the solution in India through 30,000 volunteers who are part of his 'Billions in Change' movement.

Bhargava, son of a publisher from Lucknow, left India with his family in 1967 when he was 14. He entered Princeton College, only to drop out and come back to India and become a monk. He then formed the Hans Foundation before going back to the US where he came up with his Five Hour Energy that propelled him to the status of a billionaire.