In a first-of-its-kind study, New York University Stern School of Business Professor Deepak Hegde and his co-authors, Michael Carley and Alan Marco of the US Patent and Trademark Office (USPTO), calculate the probability of receiving a US patent and find that approval rates have declined significantly. 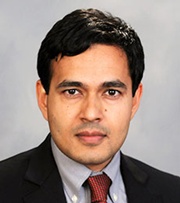 ''We find no evidence that the USPTO rubber stamps patent applications, let alone that it is becoming increasingly lenient in granting patents,'' says Professor Hegde. ''This comes as a surprise since many experts are blaming the US patent system for granting patents too easily, thus making it easy for patent trolls to assert their patent rights.''

Professor Hegde also cautions policy makers when interpreting patent approval rates, ''Just as having a lenient process that approves applications without scrutiny can impose costs on our innovation system, an allowance rate that is too low may deter inventors – particularly those that cannot engage in costly negotiations with patent examiners – from seeking patents, or worse still, investing in innovation.''

The article, ''What is the Probability of Receiving a US Patent?'' is forthcoming in the 2014 Winter issue of Yale Journal of Law & Technology.