Tackling rising CO2 emissions from the residential sector could make a vital contribution towards mitigating climate change, according to a new report from the UCL Bartlett School of Planning. 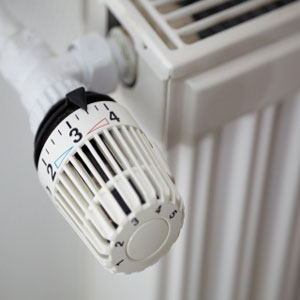 Setting out the best strategies for achieving this goal by studying examples of good practices globally, the Zero Carbon Homes Project was inspired by a progressive new policy introduced in 2007 by the UK government to ensure that all new homes built post 2016 would be zero carbon. It was this move that marked the most radical approach to residential carbon reduction to date.

Dr Jo Williams, principal investigator of the Zero Carbon Homes Project from the UCL Bartlett School of Planning said, ''Since 2007 very little has happened in the UK, at least in part due to the economic crisis and subsequent housing slump. However there are other factors at play here not least a lack of political support and significant institutional inertia to change.''

The findings of the project are published today in the book Zero Carbon Homes - A Road Map.

In Europe this figure rises to 10 per cent, with CO2  emissions in the US even higher at 20 per cent. However, currently the largest regional increase in CO2  emissions for residential buildings is in developing Asia (accounting for 42 per cent) and the Middle East / North Africa (accounting for 42 per cent), providing a real challenge to the mitigation of climate change.

Dr Williams said, ''Zero carbon homes are technically feasible to build, and with the right legislative and fiscal framework they are also affordable as demonstrated in Europe and the USA. With rapid reduction in the price of low carbon technologies and rising energy costs, zero carbon homes will make increasing economic sense, even in the short-term.''

Yet while the technology exists, the research highlights that currently the biggest barrier to the development of zero carbon homes internationally are the construction and energy industries, particularly the energy industry. The project identified lots of examples of good practice globally, but few where low carbon prototypes had become widespread across cities or regions.

For wider deployment of low carbon development to occur it would require that the international regulatory framework forced the energy industry to diversify their current portfolios, to become suppliers of low carbon energy and of services to reduce energy consumption.

''In the absence of an international framework the onus rests on nation states or individual cities to have the political courage to support the delivery of this agenda'', said Dr Williams.

So far purely market-based approaches to the deployment of zero carbon homes haven't worked, even when there are high concentrations of green consumers.

As in the past, where wider deployment of prototypes had occurred within nation states and cities it had been driven by legislation, in conjunction with some form of subsidy in the early phases of deployment.

With the limited market demand for zero carbon homes, house purchase decisions aren't based on the energy efficiency of a house, let alone its CO2 emissions.  The research demonstrated that cost, location and design are the most important factors influencing purchase decisions, even amongst green consumers. However, if in those three respects housing is comparable, the potential for energy savings does become a consideration for consumers.

''It is important to have a range of options when providing zero carbon homes, to offer a diversity of designs, price and location. However, our studies found that the simpler you make it for the consumer to have installed and operate low carbon technologies, the greater market interest,'' said Dr Williams.

''Consumers want to be able to move from house to house without having to be taught how to use the technology provided in their new home. Most also don't want to have to make the decision as to whether they want PV or a ground-source heat-pumps installed. Universal user-technology interfaces, companies offering management and maintenance services and house-builders who make the technological decisions on the part of the house-purchaser will all help to increase market demand.''

She added, ''The bigger picture is that zero carbon homes are a win-win option. Of course they reduce CO2 emissions thus slowing the process of global warming, but they also significantly reduce energy costs for the householder. They increase the potential for cities and nations states to be more energetically self-sufficient, an important consideration when we are entering a period of fuel scarcity.''

There are also potential economic and social benefits which accrue from the development of zero carbon homes. The research suggests that zero carbon developments can offer a potential investment opportunity. For example a 10-per cent return on investment was reported for a community energy project in Germany, more lucrative than putting it in a savings account or investing in an ISA.

The new infrastructure required for zero carbon homes has also led to the creation of associated new industries and jobs with the obvious social and economic benefits. In some models where residents are more involved in the management and maintenance of the new infrastructure it has also helped to build stronger social networks within local communities.