Indrani Das, an Indian-American teenager, has walked away with the top prize in one of the most prestigious science competitions in the world – the Regeneron Science Talent Search Competition, also dubbed the 'Junior Nobel Prize'. 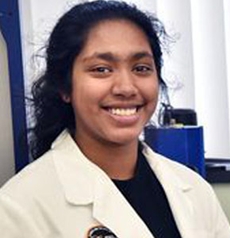 The 17-year-old girl, who hails from New Jersey, has in addition won $ 250,000 in prize money in what is the oldest science competition in the world for students.

Overall 40 finalists were awarded grants worth $1.8 million and a total of five Indian-Americans made it to the top 10.

The renowned competition generally finds about 1,700 students each year submitting their research study. Some of the winners have gone on to win a real Nobel. This year's finalists were awarded more than $1.8 million.

Led on by cheers from her fellow competitors, Indrani Das was awarded first place for her research on treating brain injuries.

''Neurons are dying around these supporting cells, and at the same time there is more of this glutamate in the environment,'' Das explained at her booth.

Indrani was recognised by the committee comprising some of the top experts in the field of science and technology for the work she had conducted on astrogliosis. It is a condition that occurs when astrocytes, which are a form of cells, start increasing in an abnormal rate due to certain form of injuries or trauma like infection, stroke etc. Excess of astrocytes leads to the destruction of neurons. Through her work, Indrani was able to demonstrate how the survival of neurons can be ensured in such cases. 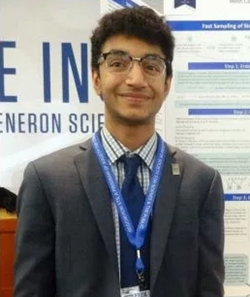 The third place in the competition was also won by an Indian-American named Arjun Ramani.

George D Yancopoulos, who is the president and the Chief Scientific Officer of Regeneron, in a statement, noted the importance of such competitions in encouraging future scientific inquiry. He said, ''My experience as a science talent search winner led me to embark on a career in science, and I hope it will inspire these exceptional young scientists to become next generation of innovators that will improve the world and solve some of our most pressing challenges as society.''

Das was one of 40 high school seniors vying for the title. These bright young competitors must explain their projects in a concise way and sell their ideas to the judges.