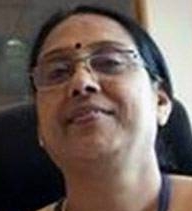 J Manjula has been appointed director general of the Defence Research and Development Organisation's (DRDO) Electronics and Communication Systems cluster, making her the first woman director general in the defence research organisation.

Manjula, who assumed charge as director general of DRDO's electronics and communication systems cluster on Wednesday, will be among the DRDO's second rung who report to the organisation's Director-General.

An outstanding scientist, Manjula has been leading Defence Avionics Research Establishment (DARE), an establishment of DRDO, as a director since July 2014.

"It's a very responsible position and a great opportunity that DRDO has provided me. I hope this inspires more women to take up science," reports quoted Manjula as saying after she took charge as head of the seven clusters that form the electronic cluster

She succeeds distinguished scientist and director general K D Nayak, who was holding additional charge as director general electronic and communication systems, DRDO said in a release on Wednesday.

An alumna of Osmania University and a practicing electronics and communications engineer, Manjula has served in Defence Electronics Research Laboratory, Hyderabad, for more than 26 years in the area of Integrated Electronic Warfare, DRDO said.

Born in 1962 in Andhra Pradesh's Nellore district, Manjula had the benefit of being born in family where her father J Srriramulu was a high school principal.

Yet, her parents were unable to provide her better education in mathematics, a field which she aspired for. She joined DRDO in 1987 and served in the Defence Electronics Research Laboratory, Hyderabad, for over 26 years in the area of integrated electronic warfare.

Manjula is a recipient of DRDO Award for 'Performance Excellence' and 'Scientist of the Year 2011'.