The Supreme Court on Tuesday stayed the implementation of the three farm laws passed by Parliament in September last year and proposed to set up a committee to address the farmers’ grievances, saying that the government has failed to effectively deal with the farmers’ protest. 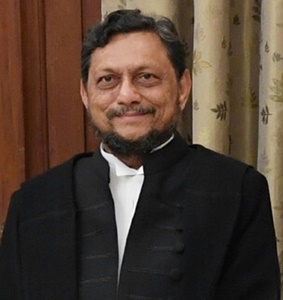 Miffed by the relentless agitation at Delhi borders for the past month and a half over the new farm laws, the Supreme Court took up the matters into its own hand to end the impasse over the legislation that led to the protests, and decided to suspend the implementation of farm laws until further orders.
“We are staying the implementation of 3 laws. We are going to suspend the implementation of the laws until further orders,” Chief Justice SA Bobde said during the virtual hearing.
The bench said the committee will have agricultural economist Ashok Gulati, Bhupinder Singh Mann (President – Bharatiya Kisan Union), Pramod Kumar Joshi (Director – South Asia international Food Policy), Anil Ghanwat (Shethkari Sangathan) as members. The committee will also be a part of judicial proceedings, it added.
The bench comprising CJI SA Bobde, Justice AS Bopanna and Justice V Ramasubramanian said the court was looking to solve the farmers' problem. "We are looking to solve the problem. If you want to agitate indefinitely, you can. Every person who is genuinely interested in solving the problem is expected to go before the committee. The committee will not punish you or pass any orders. It will submit a report to us. We are going to take the opinion of the organisations. We are forming the committee so that we have a clearer picture," Live Law quoted CJI SA Bobde as saying.
The court's observation comes in the wake of protesting farmer unions unwilling to negotiate with the committee proposed to be constituted by the apex court. On Monday evening, the Samyuktha Kisan Morcha issued a statement saying that it would not participate in negotiations before the committee if appointed by the SC.
The apex court on Monday rapped the central government over the matter and said that it was “extremely disappointed” with the negotiations
Solicitor General Tushar Mehta told the bench that the SC has made “harsh observations” regarding the centre’s handling of the situation.
Responding to a petition on the veracity of the farm laws, the apex court said that they are conscious about the challenges faced by the farmers and the committee is expected to find a solution to the matter.
The court said that the judiciary is focusing on how to prevent the destruction of life and property, hence their wish to form a committee that will later submit a report to the court.
The Attorney General and Solicitor General welcomed the Supreme Court’s plan to set up a committee to examine the three farm laws.
Responding to the development, farmer leader Rakesh Tikait said that the protests will continue despite SC decision and said that the farmer organisations are planning to procure coolers to sit at the venue till summer. “We are not satisfied with the staying of the implementation of the laws... We will discuss and decide on presenting ourselves in front of the committee... The protest will continue and we are even preparing for coolers to sit here till summers,” he claimed.
He also added that the tractor rally will happen as planned.
Responding to the government's submission regarding its concerns over a tractor rally on Republic Day, CJI Bobde said that the matter would be heard on Monday.
“Yesterday Dave said no tractor rally on Jan 26. But today unions say they will go ahead. We have filed an application seeking to restrain the unions from taking out the rally,” the AG said. The CJI also asked the AG about the Vancouver-based organisation – Sikhs for Justice – allegedly helping the protests.
The petitioner for the farmers, Advocate ML Sharma, said that the farmers wanted to hold discussions with Prime Minister Narendra Modi. “The farmers are saying many persons came for discussion, but the main person, the Prime Minister did not come,” Sharma said.
To which, the CJI retorted, “We cannot ask the Prime Minister to go. He is not a party here.”
However, the Supreme Court hinted that it could in fact quash the laws for the time being while it is discussed between the committee and the farmers.
Counsel Harish Salve said that “there is also apprehension that MSP will be done away with, APMC will be dismantled...all these are misleading”.
“Senior advocates Dushyant Dave, HS Phoolka, Colin Gonsalves, who represents 400 farmers’ bodies, haven’t joined the SC’s proceedings today. They were supposed to consult the farmers on the formation of a committee and come back today... There must be an order that January 26 should go completely unblemished," Salve told the court.
MORE REPORTS