Pakistan’s intransigence towards tackling terror and terror financing, which poses a risk to the global financial system, has been more than demonstrated by reports that Pakistani terror mastermind Masood Azhar and members of his family have gone missing just ahead of the beginning of the key plenary session of terror financing watchdog Financial Action Task Force (FATF) in Paris. 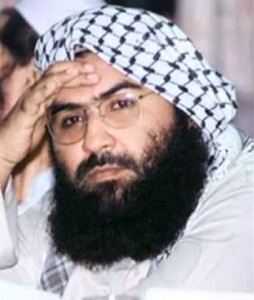 The other Pakistani terror head and Lashkar-e-Taiba (LeT) founder Hafiz Saeed and an aide were given five-and-a-half year prison terms in two terror financing cases by a Pakistani court four days before the FATF meetings.
However, Islamabad has failed to prosecute other UN-designated terrorists such as LeT operations commander Zakiur Rehman Lakhvi and Jaish-e-Mohammed (JeM) chief Masood Azhar.
Even more intriguing is the UN secretary-general Antonio Guterres’s raking up the issue of escalation in tensions between India and Pakistan over the Kashmir issue and his appeal to both sides to deal with it through dialogue.
In fact, the UN chief has maintained that his good offices are available for mediation if both sides ask for it. But India has ruled out any third-party mediation.
Guterres, however, seemed to be least interested in ensuring human rights in the provinces of Sindh, Baluchistan and Khyber Pakhtunkhwa during his four-day visit to Pakistan.
As Muttahida Qaumi Movement's (MQM) founder Altaf Hussain put it, reports of JeM chief and UN-designated terrorist Masood Azhar and his family having gone missing from so-called custody of the Pakistani Army, just ahead of the beginning of the key plenary session of FATF in Paris, only raised questions on the state policy of Pakistan towards banned outfits.
This week, the Paris-based global terror financing watchdog will evaluate whether Pakistan has taken sufficient steps and implemented its plan of action to fight terror financing or not.
More than 800 representatives from 205 countries and jurisdictions around the world, including the IMF, UN, World Bank, and other organisations, will take part in the meeting.
In a separate tweet, Hussain expressed his concern over the visit of UN Secretary-General Antonio Guterres to Pakistan.
The MQM leader went on to ask if the UN chief would visit the provinces of Sindh, Baluchistan and Khyber Pakhtunkhwa during his four-day visit and listen to their stories of suppression.
A statement issued by FATF listed “progress by Iran, Pakistan and other countries that present a risk to the financial system” among the important issues to be discussed at the FATF Week, which started on 16 February and conclude with the plenary meeting during 19-21 February.
The meetings will also discuss developments in the financing of Islamic State, al-Qaeda and affiliates. Since Pakistan was put into the watchdog’s grey list, several FATF reports have said the country has failed to do enough to end fund-raising by LeT, JeM, Taliban, Islamic State, al-Qaeda and the Haqqani Network.
This is the second FATF Week under the Chinese presidency of Xiangmin Liu.
“On Sunday…more than 800 representatives from 205 countries and jurisdictions around the world, the IMF, UN, World Bank and other organisations will arrive for?FATF Week?in Paris…Six days of meetings will focus on global action to follow the money that fuels crime and terrorism and reduce the harm caused to people and society,” the statement said.
Indian officials had noted both the timing of Saeed’s conviction and the fact that it can be challenged in higher courts. “Hence, the efficacy of this decision remains to be seen,” said a person who declined to be named.
They also pointed out that Pakistan was yet to prosecute those involved in financing and planning key terror attacks such as the ones in Mumbai and Pathankot.
With the US overly dependent on Pakistan for swinging a deal with the Afghan Taliban, diplomats of other Western nations expect an easing of pressure from Washington on Islamabad. Pakistan is also not expected to be put on FATF’s “black list”, which would entail harsher sanctions, as such a move would be blocked by China, Malaysia and Turkey.
Three countries are enough to prevent a move from going ahead and Turkish President Recep Erdogan has already spoken of supporting Pakistan at FATF meetings.
MORE REPORTS