Former Chief Election Commissioner TN Seshan and an outstanding civil servant died in Chennai on Sunday night. The 86-year-old Seshan passed away at his residence in Chennai. 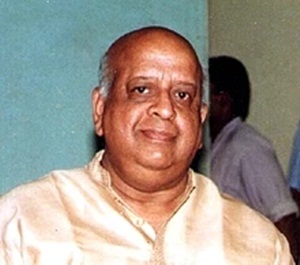 Condolences poured in from across the country, late on Sunday night, following the death of the former CEC. People from all walks of life and political leaders cutting across party lines mourned his death.
Seshan was remembered as an official who upheld democratic values and ensured free and fair elections in the country.
“TN Seshan was an outstanding civil servant. He served India with utmost diligence and integrity. His efforts towards electoral reforms have made our democracy stronger and more participative. Pained by his demise. Om Shanti,” Prime Minister Narendra Modi wrote in his Twitter account.
“Saddened by the demise of Shri TN Seshan. He was a true legend.
His contribution towards election reforms will be the guiding light for years to come. My deepest condolences. Om Shanti!,” wrote BJP leader and cabinet minister Nitin Gadkari.
“Sad that former Chief Election Commissioner TN Seshan has passed away in Chennai. He was my father’s classmate at Victoria College Palakkad — a courageous & crusty boss who asserted the Election Commission’s autonomy & authority as no CEC before him had done. A pillar of our democracy,” wrote Congress leader Sashi Taroor.
“Saddened to know about the demise of T.N. Seshan, a stalwart for free and fair elections. His legendary contribution to democracy will be always remembered. My condolences to his family and many admirers,” West Bengal chief minister Mamata Banerjee wrote in her official Twitter account.
TN Seshan was appointed the 10th Chief Election Commissioner by President Venkataraman in December 1990. In the next six years, he changed the face of the Commission bringing about sweeping electoral reforms. While elections in India were all about money and muscle power, the Commissioners before him could not ensure that the Model Code of Conduct was adhered to. It was Seshan who brought in the change, demolishing walls of resistance.
He advised the then Prime Minister PV Narasimha Rao to remove two sitting cabinet ministers over allegations of influencing voters. He cut down on allowed expenditure and had a zero tolerance policy for campaign speeches that stoked caste or communal sentiments.
MORE REPORTS