The Central Bureau of Investigation on Friday arrested former Indian Air Force chief Shashindra Pal Tyagi and three others for allegedly accepting kickbacks to influence the purchase of 12 VVIP choppers, agreement for which was signed in 2010. 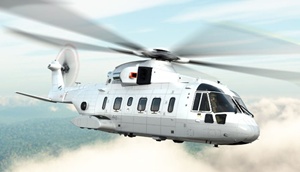 The other two arrested in connection with the AgustaWestland scam are Delhi-based lawyer Sanjeev Gautam Khaitan and Sanjeev Tyagi. The three accused have been arrested under Section 120B and Section 420 of the Indian Penal Code and Prevention of Corruption Act, 1988.

Investigators said the company was shown undue favour in connection with the deal. Investigation has also revealed that AgustaWestland accepted illegal vendors through middlemen and relatives of the former IAF chief, including Sanjeev Tyagi, the agency said.

Investigators accused the retired Air Marshal of helping AgustaWestland win the Rs3,600-crore chopper contract by tailoring specifications allegedly at the instance of his cousins.

The former Air Force chief also allegedly provided "unique favours" to AgustaWestland and channelised funds for bribe. Tyagi has also been accused of changing the "official parameters" in order to favour the firm.

During negotiations to buy the choppers, critical specifications like the maximum flying height was reduced from 6,000m to 4,500m and the minimum cabin height was increased. Crucial information like these were leaked to AugustaWestland for which Tyagi received bribes, the CBI alleges.

It was alleged that about 12 per cent of the contract value was routed back into India through shell companies as kickbacks.

Although Tyagi wasn't the IAF chief when the government decided to buy the AugustaWestland helicopters, it is alleged that he, through his brothers, revealed crucial commercial information for bribes.

CBI has been investigating SP Tyagi along with his associates and middleman Christian Michel in connection with the case. In May, the CBI said that two ''suspicious'' payments were made to accounts held by the former Air Force chief. The agency also learnt that SP Tyagi was an owner or shareholder of at least five different companies. He retired from his post in 2007.

In July, the government told the Supreme Court that charges in the case were likely to be filed by the end of the year.

The AgustaWestland helicopter deal had snowballed into a huge controversy when the Congress-led United Progressive Alliance government was in power.

The deal was put on hold in 2013 after Italy arrested the chairman and CEO Finmeccanica in Italy, AgustaWestland's Italian partner.