Shinjini Kumar, a former deputy general manager of the Reserve Bank of India (RBI) and former director of Pricewaterhouse Cooper (PwC), is expected to be the new chief executive of Paytm's soon-to-be-launched payments bank, according to reports. 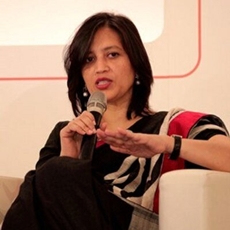 The mobile wallet service provider has been in talks with Kumar for the past few months and is expected to make a formal announcement of her appointment in the first week of March.

Kumar has previously worked with RBI and Bank of America Merrill Lynch (BoA-ML), and is said to be a perfect fit for the company, according to a source from the company mentioned in a Business Standard.

The core team of the company comprises of more than 40 people and the company is preparing to start operations by the second half of the year.

At PwC she was in charge of the Western India regulatory practice and focused on regulations with the banking and financial services.

The payments bank Paytm will be started with an investment infusion of Rs1,200 crore during the first three years.

Some of the senior executives that have already joined the company's banking business include Kshitij Sanghi who joins from McKinsey, Narendra Singh, a former BCG employee, Varun Khullar from ITC and Vikar Purohit, former Amazon vice president.

Paytm is expected to set up nearly 20 signature branches and in addition there will be 200 smaller store-like branches and at least 1,000 agents.

Paytm was among 11 other companies including Airtel, Vodafone, Aditya Birla Group that had secured a licence from the RBI in August 2015 to establish payments banks.