Bollywood filmstar Salman Khan today walked out from the Bombay High Court a free man after the court overturned the verdict of the trial court sentencing him to five years imprisonment for running his car over five persons sleeping on the footpath, in what is termed as `hit-and-run' case. 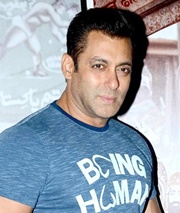 In fact, the high court absolved him of all charges in the 2002 moving down of a street dweller when the car he was driving went berserk and ran over a group of five people sleeping on the roadside.

"The appeal filed by Salman Salim Khan is allowed. He is acquitted of all charges against him. His conviction and sentence stand quashed," said Justice AR Joshi, pronouncing the judgment.

''As his lawyers scrambled around to finish the legal formalities, Khan was seen reclining against the wall and humming a song,'' said one report, even as the kin of the victims sought justice and compensation.

Salman Khan had run his car over a group of five persons who were sleeping in front of a suburban bakery on the pavement on the night of 28 September 2002.

It led to the death of one, while four others were injured.

A lower court held Khan prima facie guilty of culpable homicide not amounting to murder and rejected his plea to drop the charge before framing charges against him.

A chemical analyst who had tested his blood had told a court in May 2010 that Khan was under the influence of alcohol when he had the accident. The test had found 62 mg of alcohol in his blood.

Salman Khan's police bodyguard Ravindra Patil had deposed saying that Salman was at the wheel and he was drunk. He further said he had asked the actor not to drink that night as it may prove dangerous while driving but the actor did not pay heed to his advice.

He subsequently changed his statement and was declared a hostile witness by the prosecution. Patil was also suspended from the police force. Patil later died of tuberculosis.

Another witness from the bakery, Ramasrey Pandey, who was injured in the accident also turned hostile and told the court that he had not seen the actor behind the wheel of the SUV. Other witnesses in the case are employees of the JW Marriot Hotel where the actor had gone just before the accident.

Salman Khan's driver Ashok Singh also appeared before the court and said it was he, and not the actor, behind the wheels of the SUV on the night of the incident. Singh also told the court that a tyre burst had caused the accident.

Maharashtra government had approached the Supreme Court which set aside the order of both sessions court and the HC.

Salman was charged with culpable homicide, a charge which was later dropped. But, again in January 2013, additional chief metropolitan magistrate V S Patil slapped the charge of 'culpable homicide not amounting to murder' on the actor and referred the case to sessions court for trial.

Salman was being tried under section 304 (I) (rash and negligent driving), which attracts maximum punishment of two years. Section 304 (II) attracts the maximum sentence of ten years.