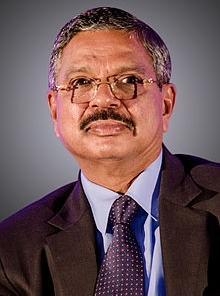 Outgoing Chief Justice of India H L Dattu on Tuesday refused to be drawn on reports that he will be the next chief of the National Human Rights Commission.

'Prabhu ki kripa' (Blessings of God). If I get it, fine. If I do not, even that is fine. I do not know whom they are going to appoint," he told reporters in an informal chat a day before he demits office.

After helming judiciary for 14 months, Justice Handyala Lakshminarayanaswamy Dattu avoided all controversies during the 40-minute interaction.

On the ongoing controversy about intolerance of dissent by the government, he said, "Debate is on in Parliament and other places. As head of the institution (Supreme Court), I would not comment on it. It is not proper."

"No comments" was his response to a question whether he regretted the non-appointment of judges in the Supreme Court despite a long tenure due to pendency of pleas against the NJAC Act.

"No comments," was his reply again when asked whether he considers himself unfortunate about not appointing more judges in the Supreme Court as head of the collegium.

"It is a judicial process, it took some time. I am not unfortunate," he said in reply to the question.

On the issue of filling up over 100 vacancies in various High Courts, the CJI said, "They (the centre) will come back to us as the Constitution bench has permitted the collegium system to go on ... those matters which are already pending with the law ministry will come back to the Collegium and Collegium will take a call on that."

The CJI also brushed aside a question as to whether there should be a cooling off period for judges after retirement and a new assignment.

He also refused to answer a query on grant of bail to Tamil Nadu Chief Minister J Jayalalithaa without issuing notice to CBI in the disproportionate assets case.

"I have answered my conscience as a judge," he said.

On the smog problem in Delhi and his order levying environment compensation charges from trucks entering national capital, he said, "There is much more to be done on the pollution front. The moment Harish Salve put it before us, we took adequate steps and much more is to be done ahead."

Concerned over long pendency of cases, the CJI said though it came down by 6,000, the number was going up again with 220 new cases being filed every day.

"As CJI, I am bothered about pendency in the Supreme Court as well as the High Court. The day when I had become the Chief Justice, we started with 64,000 pending cases, now we are at 58,000 and odd matters," he said.

Terming his tenure as "satisfying", Dattu said the best he could do he did for the institution.

"No regrets whatsoever. No comments. I can only say that whatever best I could do I have done. I have answered my conscience, Guru and God... I was true to my conscience...," he said adding," I am satisfied. If I can make a poor man light a lamp in the house, I am happy."

On being questioned about the criticism of functioning of the judiciary, including judicial overreach, the CJI said, "A judge should not be bothered about what others say but must be answerable to his conscience, Guru and God". Expressing his views on the nature and importance of PILs, he said, "PIL should be for a cause not as one which came yesterday (plea for CBI probe into the nationality row of Congress vice president Rahul Gandhi).

"There is a lot to be done. Otherwise it will create nuisance. Instead of coming to SC, I told them to go the High Court. It would be better if they go to HC then come here. Certainly it will be for public cause," he said.

"There is a lot to be done in this area, otherwise it will make no sense to the people at large and it would be a nuisance," the Chief Justice said.

On the issue of giving adequate representation to women, OBCs and Dalits in higher judiciary, he said, "Again it is a sub-judice matter...the five judges (who had on October 16 held that NJAC was unconstitutional) are going to lay down the procedure that is to be followed.

Regarding CJI designate Justice T S Thakur, he said, "I have worked with him for nine long years. I have practised before him. He was my senior at Karnataka High Court. He will be the best and a wonderful Chief Justice.

"I am hundred per cent sure that he will do much better than what I have done (as the CJI). He will take it forward. Today SC looks better," he said.

On cutting down the number of holidays for the judges, Dattu said, "It is a misnomer. Judges do work during holidays."

"There is pressure on my judges so they need to go on holidays... they do a lot of work during holidays. I have never been to places like CP and Khan market during my tenure in SC but, of course, I have taken my wife to Medanta and Apollo. Jugdes have to sacrifice and I too have sacrificed a lot," he said.