The Sveriges Riksbank Prize in Economic Sciences in Memory of Alfred Nobel 2015 was awarded to British-American economist Angus Deaton "for his analysis of consumption, poverty, and welfare". 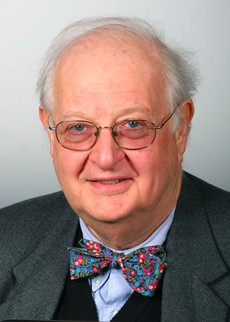 Edinburgh-born microeconomist Angus Deaton of Princeton has been recognised for his analysis of consumption, poverty, and welfare which helped policy makers better design economic policies in a welfare state.

In order to design economic policy that promotes welfare and reduces poverty, it is necessary to first understand individual consumption choices. ''More than anyone else, Angus Deaton has enhanced this understanding. By linking detailed individual choices and aggregate outcomes, his research has helped transform the fields of microeconomics, macroeconomics, and development economics,'' the committee noted.

Deaton has tried to correlate three central questions of how consumers distribute their spending among different goods; how much of society's income is spent and how much is saved and how best to measure and analyse welfare and poverty.

Deaton formulated the Deaton Paradox based on the observation of excess smoothness of consumption in the face of unanticipated permanent income shocks. In addition to analysis of household behaviour at the microeconomic level, Deaton's research areas include the measurement of global poverty, health economics and economic development.

In order to answer the question of how consumers distribute their spending among different goods it is not only necessary for explaining and forecasting actual consumption patterns, but also crucial in evaluating how policy reforms, like changes in consumption taxes, affect the welfare of different groups.

In his early work around 1980, Deaton developed the 'Almost Ideal Demand System' - a flexible, yet simple, way of estimating how the demand for each good depends on the prices of all goods and on individual incomes. His approach and its later modifications are now standard tools, both in academia and in practical policy evaluation.

To explain capital formation and the magnitudes of business cycles, it is necessary to understand the interplay between income and consumption over time and how much of society's income is spent and how much is saved.

This research clearly demonstrated why the analysis of individual data is key to untangling the patterns we see in aggregate data, an approach that has since become widely adopted in modern macroeconomics.

In his more recent research, Deaton highlights how reliable measures of individual household consumption levels can be used to discern mechanisms behind economic development - and analyse welfare and poverty. His research has uncovered important pitfalls when comparing the extent of poverty across time and place. It has also exemplified how the clever use of household data may shed light on such issues as the relationships between income and calorie intake, and the extent of gender discrimination within the family.

A UK-US citizen, Deaton was affiliated to Princeton University, New Jersey, United States at the time of the award.

Angus Deaton, a UK and US citizen, was born in Edinburgh, Scotland, and educated as Foundation Scholar at Fettes College there. He earned his BA, MA, and D Phil at Cambridge University, in 1975 with thesis titled Models of consumer demand and their application to the United Kingdom where he was a Fellow at Fitzwilliam College and a research officer in the Department of Applied Economics.

Deaton's first work to become widely known was the Almost Ideal Demand System (AIDS), which he developed with John Muellbauer and published in 1980. It represents an elegant treatment of consumer demand, providing an arbitrary first order approximation to any demand system which satisfies the axioms of choice while avoiding unattractive features of other models.

He won the 2011 BBVA Foundation Frontiers of Knowledge Award of Economics, Finance and Management for his fundamental contributions to the theory of consumption and savings, and the measurement of economic wellbeing. Deaton has also developed the benchmark methodology for measuring poverty.

Deaton is also the author of a popular feature in the Royal Economic Society Newsletter - a bi-annual Letters from America.