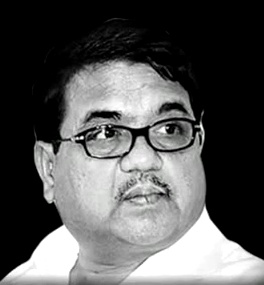 His funeral will take place at his native Anjani village at 1 pm tomorrow.

A six-term MLA from Tasgaon in Sangli district, Patil is survived by his mother, wife, and two daughters.

Patil, a senior leader of the Sharad Pawar-led Nationalist Congress Party (NCP), was among the longest serving home ministers of Maharashtra and one of the most powerful ministers in the Congress-led coalition that ruled the state till last year.

A leader admired by many for his clean image and easy accessibility, Patil was among the top rung leaders of NCP.

Patil was elected to the legislative assembly for the first time in 1990 and appointed rural development minister in the Congress-NCP government in 1999.

He was allotted the home portfolio in 2003 after the then deputy chief minister Chhagan Bhujbal resigned in the wake of allegations of his involvement in the Telgi scam.

Patil was made deputy chief minister in 2004.

He had to step down as home minister after outrage over his remarks on the 26/11 terror attacks in Mumbai; he had said, "Small incidents do happen in big cities."

He was again appointed home minister in 2009 after the Congress-NCP combine retained power in the state and held the post till the elections overthrew the ministry in 2014.