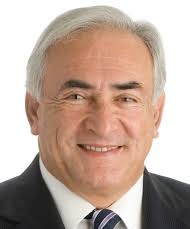 Former International Monetary Fund chief Dominique Strauss-Kahn is due to begin testifying today in a French court on charges of pimping.

He is accused of helping to procure sex workers for an alleged prostitution ring based at a hotel in Lille, France.

On Monday an ex-prostitute told the court she had been chosen specifically to be with him at a sex party there.

The one-time potential candidate for the French presidency admits attending sex parties but says he did not know the women were prostitutes.

Although consorting with prostitutes is not illegal in France, supplying them to others is. If he is found guilty, he could face up to 10 years in jail and a €1.5-million fine.

Strauss-Kahn, 65 and widely known by his initials DSK, is expected to give evidence for three days, and has not attended the trial since it opened on 2 February, when his appearance attracted widespread international media attention.

The day before he was due to testify, an ex-prostitute named Mounia described how she had been paid €900 by a businessman, David Roquet, for what she had been told would be a "small party".

When she explained how she had been with one person at the party, she was asked who that was. "With DSK," she said.

Mounia's evidence is expected to play an important part in the trial, as the prosecution tries to prove that he knew she and another woman, Jade, were prostitutes.

Roquet, aged 46 and one of the men who organised the parties, said on Monday that he had taken part for "professional" purposes. It was important for his construction business and it enabled him to have contact with Strauss-Kahn, he told the court.

"He did it for fun. We had some lovely evenings," he told French radio earlier, adding that five or six couples would be involved.

Among the 13 co-accused are luxury hotel managers, a lawyer, a former police commissioner and a brothel owner nicknamed "Dodo the Pimp."

They face charges of "aggravated pimping", while the IMF head is accused of using his business contacts to hire women for sex parties in Paris, Lille and Washington.

It is the latest sex-related allegation to trouble Strauss-Kahn, who stepped down from the IMF after being accused of attempted rape by a hotel maid in New York in 2011. The charges were dropped after he reached a settlement with the maid, Nafissatou Diallo.

Two other cases against him, concerning allegations of sexual assault and gang rape, have already been dropped.