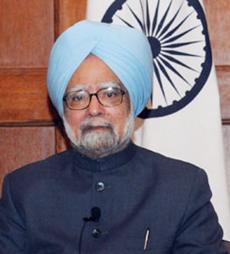 Former prime minister Manmohan Singh was fully aware of the murky dealings that brought about the coal blocks allocation scam and the 2G spectrum scam both of which had led to massive losses to the state exchequer, former comptroller and auditor general of India Vinod Rai said on Thursday.

In an interview to Times Now, Rai alleged some Congress leaders had sought to apply pressure on him to keep the PM's name out of audit reports.

Manmohan Singh has so far denied knowledge of the decisions made by his ministers after the scandals rocked his premiership and finally led to the ouster of the Congress party-led UPA government in the April-May Lok Sabha elections.

''In 2G and coal there is no way he can shirk responsibility,'' Rai told the Outlook magazine in an interview published ahead of the 15 September launch of his tell-all book 'Not Just An Accountant'.

''In 2G all the letters written by A Raja were to him and he was replying to those letters. I got no reply to any letter I wrote to him.

''On one occasion when I called on him, the PM said I hope you don't expect a reply from me, whereas he was replying to Raja twice a day. So how can he be not held responsible for the onus of that decision?''

Rai was also critical of the coalition politics under Manmohan Singh and suggested that the former PM was more interested in remaining in power. Last month, Rai had said political exigency led the former PM to acquiesce to the controversial decisions which have since been ruled as illegal by court.

The award of 2G spectrums has been cancelled by the Supreme Court, which is still hearing the case for scrapping the allocation of more than 200 coal blocks.

So far, the 81-year-old Singh, prime minister between 2004 and 2014, has been largely seen as a well-intentioned man of high personal integrity but one often unable to assert his authority.

''Integrity is not just financial; it is intellectual integrity; it is professional integrity. You have an oath of allegiance to the constitution and that is important,'' the former CAG said.

''You cannot sacrifice everything at the altar of trying to ensure the coalition remains in power. That was his worry.''

Rai said Singh told him on 16 November that the CAG's method of computation of the multi-billion dollar losses was wrong.

''I told him 'Sir, these are the econometric methods that you have taught us'. This was sitting on the stage of Vigyan Bhavan.''

Asked if at any stage he was offered support by the Gandhi family or the political establishment, Rai said: ''I did not get a single reassuring signal either from the political machinery or the government, except one or two statements from Pranab Mukherjee.'' He, however, hinted that the opposition supported the CAG.

Asked if he believed he rocked the UPA government, Rai said: ''Yes, but that is okay. I am asking you a direct question - if the figure of Rs. 176,000 crore had not been there how many of you would have taken note of the report?