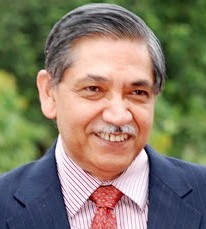 KC Chakrabarty has resigned as deputy governor of Reserve Bank of India three months before the of completion of his term. Chakrabarty, who is under an extended term of office, is likely to take up an overseas assignment, according to RBI sources.

Chakrabarty who was appointed RBI deputy governor on 15 June 2009 for a three-year term, received a two-year extension in 2012. He wanted to be relieved earlier from his post for ''personal reasons'', sources said.

He was in charge of nine departments of the RBI, including banking supervision, financial stability unit, urban banks, legal, human resources, currency management, customer service and rural planning and credit.

Chakrabarty was chairman and managing director of Punjab National Bank before his appointment as RBI deputy governor.

K R Kamath of Punjab National Bank, S S Mundra of Bank of Baroda, Vijayalakshmi Iyer of Bank of India, R K Dubey of Canara Bank and M Narendra of Indian Overseas Bank are among contenders for the deputy governor's position that has fallen vacant due Chakrabarty's resignation.

Chakrabarty was critical of bankers responsible for bad loans and corporate debt restructuring due to lax appraisal.

An outspoken Chakrabarty also invited the wrath of the RBI when he was stripped of key portfolios in 2010 when he reportedly told journalists off-the-record in New Delhi that the central bank should have been more aggressive in combating inflation.

However, his portfolios were restored later. Chakrabarty also helped to improve customer service in the banking system.

RBI typically has four deputy governors - two RBI insiders, one economist and the other a banker. The central bank usually chooses the banker candidate from the public sector. Other deputy governors are HR Khan and Urjit Patel.

The government is yet to find a replacement for another deputy governor, Anand Sinha, who retired in January this year.