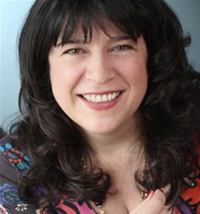 E.L. James, a former television executive who lives in the UK, created a whole new phenomenon by grabbing the first place in the 2013 Forbes top-earning authors list with an estimated $95 million in earnings.

Forbes bases its estimates on sales data, published figures and information from industry sources between June 2012 and June 2013.

There's no film version of any of the trilogy, although she did pocket $5 million for an adaptation that's expected in theaters in August 2014.

While the plot of the novels was inspired by Twilight - indeed, they originated as fan fiction based on Stephenie Meyer's vampire characters - they're certainly not crossover material, unless you think kinky sex belongs in a children's book, the Forbes said.

The trilogy is all she's written so far, although she is at work on her next novel.

In 2004, Forbes named JK Rowling of Harry Potter fame as the first person to become a billionaire by writing books.

However, in 2012, the magazine removed her from its rich list, claiming that over $160 million in charitable donations and the high tax rate in the UK meant she was no longer a billionaire. Rowling is now 14th in the list.

The second place goes to James Patterson, largely known for his novels about fictional psychologist Alex Cross, the protagonist of the Alex Cross series; he has sold 270 million books earning around $91 million.

Suzanne Collins, the beauty with pen behind The Hunger Games book series earned $55 million, while Bill O'Reilly, the author of bestselling books on US presidents Lincoln and Kennedy, earned around $28 million.

Danielle Steel, the renowned novelist who has sold over 800 million books, earned around $26 million, and Jeff Kinney, the author of the Diary of a Wimpy Kid series, was fifth with earnings of around $24 million.

Janet Evanovich, the author of Notorious Nineteen series, earned around $24 million; Nora Roberts, a romance writer, earned around $23 million. She was the first author to be inducted into the Romance Writers of America Hall of Fame.

Dan Brown, author of The Da Vinci Code, who is ninth in the list, earned $22 million. He is currently the twentieth highest selling author of all time and with only six books, he has achieved these sales writing fewer books than anyone above him on the list. His novels are treasure hunts set in a 24-hour period with cryptography, keys, symbols, codes, and conspiracy schemes.

Stephen King, creator of classics such as The Firestarter, Misery and Carrie, earned around $20 million. King has published 50 novels, including seven under the pen-name of Richard Bachman, and five non-fiction books.

He has written two novels with horror novelist Peter Straub - The Talisman and a sequel, Black House. King has indicated that he and Straub were likely to write the third and concluding book in this series, The Tale of Jack Sawyer, but has set no time for its completion.