The governments, both at the centre and the states, have done precious little to stop the indiscriminate use of gene altered cotton seeds across cotton producing states in the country. 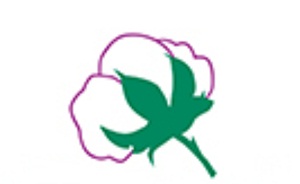 On Sunday, Shetkari Sanghatana, an organisation claiming to support farmers’s rights, distributed the second generation HTBT cotton seeds in Yavatmal district, which means cultivation of GM cotton is on.
The Herbicide Tolerant BT (HTBT) cotton seeds distribute by the Shetkari Sanghtana are illegally procured and reports say central and state intelligence agencies are investigating the role of a global investment company and some international seed companies that are behind the illegal seeds sale.
Illegal planting of HTBT seeds is an offence under the Environment Protection Act and Seeds Act. In the last cotton season, about 15 per cent of the total cropped area in the country was under HTBT.
The Shetkari Sanghatana has been spearheading a movement for the faster approval of HTBT cotton seeds, which, they claim saves on farming costs and hence are remunerative for the farmer.
In May 2019, the union freely distributed the illegal seeds, and on Sunday last, the union again broke the law again by freely distributing the second generation cotton seeds in the cotton-growing Yavatmal district, which is notorious for cotton farmer suicides.
It is, however, uncertain whether the seeds distributed by the Saghatana are second generation or fresh supplies from seed companies or their agents.
Reports citing intelligence officials said an unnamed global investment company, which has investments in seeds and agro-chemicals companies, is pushing GM seed sales through the Shetkaris for better return on investment.
Simultaneously, the investment company is allegedly putting pressure on the Modi government to ensure that the Genetic Engineering Appraisal Committee (GEAC), which functions under the union ministry of environment, fast tracks the clearance of HTBT seeds, so that the use of the seeds could be made legal.
The investment company may also get foreign financial institutions to block investments in lieu of approvals to seed companies that prosper at the expense of farmers worldwide.
Seed companies are looking at India, one of the largest cotton markets in the world, to sell their cotton seeds that would permanently bring farmers and the country’s cotton production under their control.
The farmers union Shetkari Sanghatana (SS), on 5 January, met near Yavatmal city in Vidarbha region and freely distributed the illegally harvested second-generation HTBT cotton seeds. In June 2019, they had freely distributed the first generation seeds in the same region, which is the cotton bowl of Maharashtra. Nationally the region is also known for high suicide rate among cotton farmers.
While the Sanghatana sites various excuses like saving in labour cost, tolerance to herbicides it conveniently forgets the long-term ill-effects of HTBT seeds that are being used without following any scientific guidelines.
While the efficiency of the HTBT seeds could be lost with such illegal usage, the weeds may also develop resistance, if the seeds do not have the purity of genes then the crop may get burnt due to the use of herbicides.
Agriculture experts see the illegal distribution of Herbicide Tolerant BT (HTBT) cotton seeds by the farmers union in Maharashtra as a long term risk to the Indian cotton.
MORE REPORTS