The government think tank NITI Aayog will soon come up with a draft 'New India 2022’ vision document and invite comments from states on the strategy document, even as Prime Minister Narendra Modi assured state governments to consider all their suggestions before finalising the development strategy. 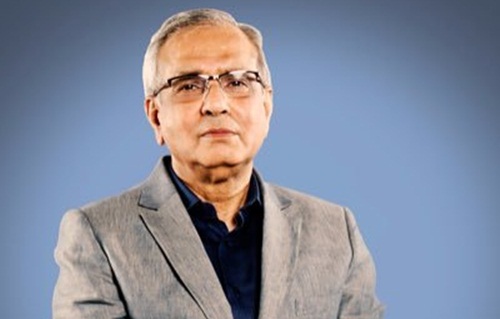 The development agenda for 'New India 2022' would be finalised in a month or so after seeking comments from states, NITI Aayog said.
The government think tank has been working on the strategy document for a while.
"Development agenda for New India 2022 is still being revised. It was not presented in today's NITI's Governing Council meeting...We want the document to reflect ground realities," reports quoting Rajiv Kumar, vice chairman of NITI Aayog, as saying.
Welcoming the constructive discussion and suggestions made by various chief ministers, the prime minister assured the states that the suggestions would be seriously considered in the course of decision-making. NITI Aayog will follow up with the states within three months on the actionable points made by them, he said.
Modi’s assurances follow criticism by opposition-ruled states that the centre’s “alleged unfair attempts to interfere in state’s affairs” tended to dilute cooperative federalsim rather than promoting it.
States like Andhra Pradesh and Bihar also sought “special category” status for their states.
With general elections less than a year away, Prime Minister Narendra Modi had earlier hinted at “many more steps” to take the country’s economic growth rate to double-digits and urged the chief ministers, many of whom are unhappy over the 15th Finance Commission’s terms of reference, to “give fresh ideas” to the Finance Commission “for incentivising outcome-based allocations and expenditure correction”.
He also called for clubbing of elections to the centre and the states so as to save precious energy and funds – both private and government
The prime minister specifically called upon the chief ministers of Madhya Pradesh, Bihar, Sikkim, Gujarat, Uttar Pradesh, West Bengal and Andhra Pradesh to work together to make recommendations on a coordinated policy approach on the subject of ‘Agriculture and MNREGA’. He also encouraged states to explore opportunities to increase corporate investment in agriculture, such as in food processing, warehousing and logistics.
He said the centre is commitment to provide 100 per cent funding for the seven flagship schemes to 45,000 additional villages and those in 115 aspirational districts’ by 15 August 2018 and urged states to identify 'aspirational blocks’ to take development to the grassroots.
NITI Aayog, he said, will soon invite states for consultations on how to improve the ‘ease of doing business’ in India and also to improve the ‘ease of living’ for the common man. The prime minister also emphasised the need for states to set up their own committees to look into ‘ease of living’ for the common man.
At the end of the day-long deliberations, the prime minister highlighted the importance of the Governing Council of NITI Aayog as a platform to inspire cooperative federalism, stressing the need for effective center-state cooperation to advance development outcomes and achieve double-digit growth for India. He called upon states to fix growth targets for their economies as it looks to become a $5 trillion economy.
For this, he said, states must pay special attention to expanding their exports and attracting export oriented investment while organising their investments summits and events.
NITI Aayog had earlier planned to come out with three documents — a three-year action agenda, seven-year medium term strategy paper and a 15-year vision document.
In a presentation last year, it had said the foundation for freedom from six problems, poverty, dirt, corruption, terrorism, casteism and communalism will be laid by 2022 when India celebrates 75 years of independence.
The fourth meeting of the Governing Council of NITI Aayog, held at the Rashtrapati Bhavan on Monday, was attended by 23 chief ministers and the Lieutenant Governor of Andaman and Nicobar Islands, apart from union ministers, who are ex-officio members and special invitees.
MORE REPORTS