The Special Cell of the Delhi Police has busted an Islamic State (IS) terror module in Delhi and arrested three terror suspects. The three IS-linked terror suspects were held after an encounter in Wazirabad area of Delhi in the morning today, police said. 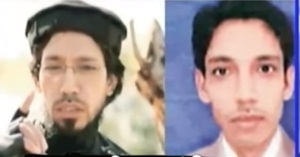 According to the police, the three arrested have IS links and that arms were recovered from the possession of the three. Interrogation of the suspects is on and Police are yet to confirm their plans and intentions.
Television reports citing the National Investigation Agency sources said the ISIS-inspired terror module, operating from Delhi and neighbouring Uttar Pradesh, was planning suicide attacks on the country's vital installations and VIPs.
After extensive multi-location searches, 10 people have been arrested and six others detained. The group, led by an Islamic cleric, included a civil engineer, an undergraduate student and an auto-rickshaw driver and got its instructions from a handler based abroad, officials said.
A country-made rocker launcher, 100-odd alarm clocks, pistols and ammunition have been found during the searches.
A special cell of Delhi Police also on Wednesday arrested Indian Mujahideen terrorist Ariz Khan. He was the bomb maker of the terror group and was on the run since the September 2008 Batla House encounter. Khan, an engineering dropout, was involved in 2007 and 2008 in Delhi, Gujarat, Uttar Pradesh and Rajasthan blasts.
The arrest come after the Tamil Nadu Police busted an inter-state 'jihadi' module with nationwide attack plans and arrested eight people, including three radical elements from Bengaluru, and recovered pistols and ammunition from them.
The Tamil Nadu-based 'jihadi' module with links to a similar group in neighbouring Karnataka was planning to carry out nationwide attacks, police said on Wednesday.
The eight people, including three "radical elements" from Bengaluru, were arrested and pistols and ammunition recovered from them by the 'Q' branch police, which handles matters related to extremists and involving national security.
Inputs gathered by the intelligence wing of Tamil Nadu police revealed that "a few notorious fundamentalist elements are making preparation to wage jihad at various parts of the country and (they) have disappeared" from the state in the third week of last month, a police release said.
Some of them belonging to the arrested Tamil Nadu jihadi module were linked to various communal cases, including a sensational murder case in the state.
"This module has developed a link with a similar module in Bengaluru and started moving to different parts of the country," the release said.
An operation was launched to track their activities in various locations and the states concerned were informed about their movement and their cooperation was sought.
Later, three from Karnataka were arrested by the 'Q' branch sleuths with the assistance of neighbouring State's police. Three pistols and ammunition were recovered from them.
The arrest also comes a day after an on-duty police officer of Tamil Nadu was shot dead by two alleged Jihadi gang member near the Padathalamoodu check post near Kaliyikkavila on the Kerala-TN boundary in Kanyakumari about 10 PM on Wednesday.
According to reports, the deceased Special Sub Inspector Wilson of Marthandam was stationed near the check post for vehicle checks when a man got down from a Mahindra Scorpio and opened fire. The assailants shot three rounds on Wilson with a pistol.
Even though he was rushed to a private hospital by fellow police officers, he succumbed.
Following Wilson’s death, the Tamil Nadu and Kerala police have launched a massive coordinated search operation to nab the assailants.
Tamil Nadu police is reported to have confirmed that the main suspects are two men from Kanyakumari, Abdul Shameem (25) and Thoufeeq Yusuf (27) against whon the National Investigation Agency and the Kerala police have issued look out notices.
Tamil Nadu police is coordinating with their counterparts in Kerala as the vehicle may have left for Thiruvananthapuram.
Three teams have been formed to nab the assailants and more teams will be added as per requirement.
In signs that the country is getting faster into the terrorist grip, students in select universities and colleges are being dragged into a state of confrontation with the state.
MORE REPORTS