The International Court of Justice (ICJ) has ordered a stay on the death sentence awarded to former Indian navy commander Kulbhushan Sudhir Jadhav who was convicted in Pakistan in 2017 over spying charges. 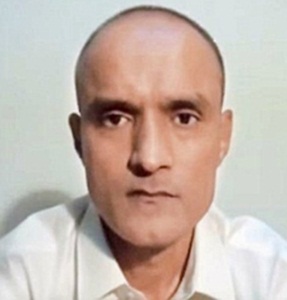 The ICJ read out the verdict in the Kulbhushan Jadhav case in a public sitting at the Peace Palace in The Hague. Judge Abdulqawi Ahmed Yusuf, president of the ICJ, read the court’s decision in the Kulbhushan Jadhav case and stayed death sentence awarded to Jadhav by a military court till Pakistan reviews the trial.
The ICJ, in The Hague, the Neatherlands, also ordered Pakistan to review the death penalty given to Jadhav, a document published on the court’s website showed.
The court order means that the death sentence remains suspended 'until Pakistan effectively reviews and reconsiders the conviction/sentence'. Further, as per the court's order, India will get consular access to Jadhav.
India moved the UN court in may 2017 seeing its intervention in the case, pointing out that Pakistan had given Jadhav an unfair trial and had even denied diplomatic assistance - an 'egregious violations of the Vienna Convention.'
India, in its submission, also said Pakistan 'kidnapped' Kulbhushan Jadhav from Iran on 3 March 2016, where he was carrying out personal business.
Attorney for India, Harish Salve, demanded that Kulbhushan Jadhav's death sentence should be suspended
Jadhav, a retired Indian Navy officer, is currently serving a death sentence on charges of espionage in Pakistan. Pakistan claims to have arrested Jadhav on 3 March 2016. Jadhav was sentenced to death in April 2017 by a military court.
MORE REPORTS