An international research team from Russia, France, and Germany has proposed a new method for orienting liquid crystals in a paper was published in the journal ACS Macro Letters. It could be used to increase the viewing angle of liquid-crystal displays. The 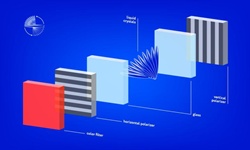