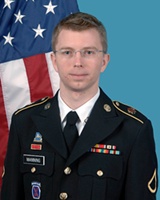 Bradley Manning, the US army private who was one of the biggest suppliers of classified communications to Julian Assange's WikiLeaks, was on Tuesday convicted on 19 charges, including espionage, theft and computer fraud, by a court martial.

But bringing some cheer to supporters of transparency in government, Manning was acquitted of aiding the enemy, the most serious charge against him which would have led to a life sentence.

The judge, Col Denise Lind, deliberated for about 16 hours over three days before reaching her decision in a case that has stretched over three years.

Transparency campaigners expectedly condemned the harsh sentence in prospect for Manning, but lawyers and journalists associated with the trial were relieved with the acquittal of the most serious charge – that he "aided the enemy" by transmitting state secrets.

In a statement, Manning's family said they were disappointed by so many guilty findings – he was deemed to be guilty of 17 of the 22 counts against him in their entirety and three others in an amended form.

But the statement, written by a US-based relative, said the family was "happy that Judge Lind agreed with us that Brad never intended to help America's enemies in any way".

Manning stood at attention, flanked by his attorneys, as the judge read her verdicts. He was convicted on 19 of 21 charges and faces up to 128 years in prison. His sentencing hearing begins on Wednesday.

Manning's attorney David Coombs emerged from the court to a round of applause and shouts of "thank you" from a few dozen Bradley supporters.

"We won the battle, now we need to go win the war," Coombs said of the sentencing phase. "Today is a good day, but Bradley is by no means out of the fire."

Manning's court-martial was unusual because he acknowledged giving the anti-secrecy website more than 700,000 battlefield reports and diplomatic cables, and video of a 2007 US helicopter attack that killed civilians in Iraq, including a Reuters news photographer and his driver.

In the footage, airmen laughed and called targets "dead bastards."

Manning pleaded guilty earlier this year to lesser offenses that could have brought him 20 years behind bars, yet the government continued to pursue the original, more serious charges. Even the current convictions could jail him for the rest of his life.

Manning said during a pre-trial hearing in February he leaked the material to expose the US military's "bloodlust" and disregard for human life, and what he considered American diplomatic deceit. He said he chose information he believed would not the harm the United States and he wanted to start a debate on military and foreign policy.

Yochai Benkler, a Harvard law professor who has written influentially on the role of WikiLeaks and who was a key defence witness in the trial, said that in finding Manning not guilty of "aiding the enemy", Col Lind had made an "extremely important decision, under what must have been trying professional conditions, by denying the prosecution's effort to launch the most dangerous assault on investigative journalism and the free press in the area of national security that we have seen in decades."