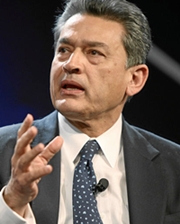 Former Goldman Sachs director Rajat Gupta, who was sentenced by a US court to two years in prison and $5 million in fine on charges of insider trading, has filed an appeal over his conviction.

In an appeal filed in the US Court of Appeals for the Second Circuit, Gupta, 63, has sought to overturn his conviction on charges of conspiracy and securities fraud.

Gupta was convicted last month after a three-week jury trial in May this year faced charges of four counts of conspiracy and securities fraud, including passing on information to jailed hedge fund founder Raj Rajaratnam about billionaire Warren Buffet's proposed $5 billion investment in Goldman Sachs in September 2008 as well as the banking giant's financial earnings.

Gupta was sentenced to two years' imprisonment and has been ordered to pay a $5 million in fine. He would also have to undergo a year of supervised release after his prison term ends.

Gupta's move comes in the backdrop of the US Securities and Exchange Commission (SEC) asking the court that Gupta may be ordered to pay a maximum civil penalty of $15 million, thrice the $5 million in gains and losses avoided as a result of his "illegal conduct."

The SEC also wants the court to bar the India-born Wall-Street banking expert to permanently bar him from serving as director of any publicly-traded firm for his "terrible breach of trust."