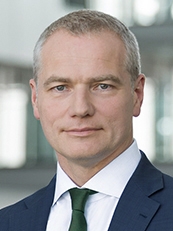 Kengeter bought around €4.5 million worth of stock in his own company only two months ahead of the German exchange's announcement of merger talks with the London Stock Exchange.

The prosecutor's inquiry was centred on Kengeter's purchase of Deutsche Börse shares worth about €4.5 million on 14 December 2015. In February 2016, Deutsche Börse and the London Stock Exchange revealed the plans for merger plans, which sent their share prices soaring.

According to Deutsche Boerse, the December 2015 purchase was related to its remuneration programme.

"Only in the second half of January 2016 did the two chairmen and CEOs agree to begin negotiations for a merger of LSE Group and Deutsche Boerse," the Deutsche Boerse supervisory board chairman added.

According to the Frankfurt public prosecutor's office, the company and the chief executive were cooperating fully.

Faber who is chairman of Deutsche Boerse's board said, Kengeter bought the shares before an end-of-December deadline set by the group's management remuneration programme.

Under the programme, he could make a one-off share purchase worth up to €4.5 million, which he would need to keep until the end of 2019.

As part of the deal he received "co-performance shares" to the same amount, whose value depended on Deutsche Boerse's profits and its share price movement relative to a benchmark index.

Deutsche Boerse's stock had gained around 11 per cent since the shares were bought by Kengenter.

According to the prosecutor's office, several prosecutors and civil servants from the Hessen state office of criminal investigation had carried out searches at the company's headquarters in Eschborn near Frankfurt and Kengeter's private apartment in Frankfurt on Wednesday.

The searches were ''intended to clarify the course of the negotiations until 23 February 2016,'' when the merger plans were made public for the first time, they added.