With a sharp uptrend in equities, the market capitalisation of BSE-listed companies jumped by Rs5,33,463.04 crore on Monday after exit polls predict return of the BJP-led NDA government at the centre. 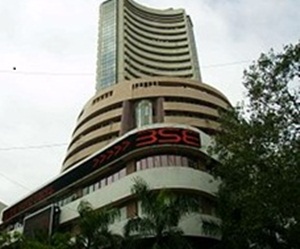 Benchmark indices ended Monday's session posting biggest single session gain in a decade as exit poll results predicted a comfortable win for the ruling BJP-led NDA government. At close, the Sensex was up 1,421.90 points (3.75 per cent) to 39,352.67, while the NSE Nifty50 was up 421.10 points (3.69 per cent) at 11,828.25.
Indiabulls Housing, IndusInd Bank, Adani Ports, SBI and Tata Motors were among major gainers on the Nifty, while losers were Dr Reddy’s Labs, Zee Entertainment, Bajaj Auto, Tech Mahindra and Infosys.
All the sectoral indices ended in the green led by PSU banks, infra, auto, energy, FMCG, metal and pharma.
This is the third consecutive session of gain for stocks and in these three trading sessions the market capitalisation of BSE-listed companies has jumped by Rs7.48 lakh crore.
BSE Sensex zoomed past the 39,300 mark, over 1,422 points and NSE Nifty reclaimed 11,800 level Monday as investors cheered the outcome of exit polls that predicted a clear majority for the ruling NDA in recent general elections.
Barring Bajaj Auto and Infosys, all the index scrips settled with gains.
"The exit polls would be seen as a modest positive for the Indian stock market as the market was largely factoring in the return of the BJP-led NDA government," Kotak Institutional Equities said in a research note.
The report noted that market is largely factoring in return of BJP-led government. "We could see a small rally post May 23 election results if the results are in line with the market's expectations," it noted.
Meanwhile, in the forex market, the rupee strengthened and was trading higher by 58 paise to 69.65 against the dollar.
MORE REPORTS