The world's first self-powered video camera that does away with a battery and is capable of producing an image each second has been developed by researchers led by an Indian-origin scientist. 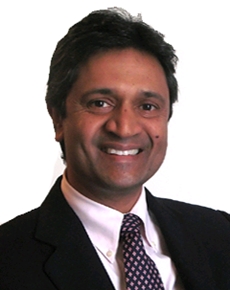 According to Shree K Nayar, TC Chang professor of Computer Science at the Columbia University who led the study, a digital imaging revolution was underway.

He noted that last year alone had seen approximately 2 billion cameras of various types sold worldwide. He said he thought that was just the tip of the iceberg.

A camera capable of functioning as an untethered device forever, without any external power supply - would be incredibly useful, he added.

Nayar realised that although digital cameras and solar panels had different purposes - one measured light while the other converted light to power - both are constructed from essentially the same components.

At the heart of any digital camera is an image sensor, a chip with millions of pixels, with the key enabling device in a pixel, being its photodiode, which produces an electric current on exposure to light.

This mechanism allowed each pixel to measure the intensity of light falling on it.

Along with his colleagues, Nayar used off-the-shelf components to fabricate an image sensor with 30x40 pixels.

The prototype camera developed by Nayar uses a 3D printed body, each pixel's photodiode is always operated the photovoltaic mode.

When the camera is not being used to capture images, it could be used to generate power for other devices such as a phone or a watch.