Goldman Sachs has hired former EC president Jose Manuel Barroso to be an advisor and non-executive chairman of its international business, the US bank yesterday, as it grappled with the fallout from the UK's exit from the EU. 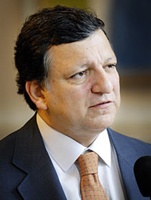 Barroso served as president of the European Commission, the executive arm of the EU, from 2004 to 2014 and was Prime Minister of Portugal from 2002 to 2004.

Goldman Sachs and other US investment banks are seen to the especially vulnerable to Brexit as they rely on the EU's "passporting" regime that allowed them to offer services across the bloc even though most of the staff and operations are UK based. Banks had warned that if their UK offices were to lose their "passports" they would need to move some employees and business units to alternative bases in the EU.

Goldman Sachs International, which Barroso will chair, has headquarters in London and has roughly 6,000 staff of which less than 1,000 are based outside the UK.

Barroso is said to have been instrumental in helping the euro zone survive the 2009-13 debt crisis by establishing a financial rescue fund, enacting stricter budget rules and tightening financial regulation.

He was elected president of the Social Democratic Party in 1999 and became the leader of the opposition. Before joining active politics, he held several academic positions including visiting professor at Georgetown University.

Barroso is also visiting professor at the Catolica University in Lisbon and at the University of Geneva and the Graduate Institute of International Relations in the same city.