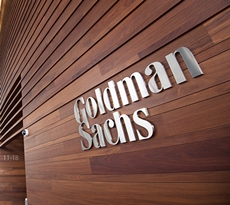 Goldman Sachs, Wall Street's most profitable bank, which had earlier vigorously denied of any wrongdoing in the securities fraud case, is still paying far less than the hefty $13.3-billion imposed on mortgage giant JPMorgan.

The settlement resolves federal and state claims toward Goldman's conduct in the packaging, securitisation, marketing, sale and issuance of RMBS between 2005 and 2007, the US Justice Department said in a release.

The settlement requires Goldman to pay $2.385 billion in a civil penalty under the Financial Institutions Reform, Recovery and Enforcement Act and also requires the bank to provide $1.8 billion in other relief, including relief to underwater homeowners, distressed borrowers and affected communities, in the form of loan forgiveness and financing for affordable housing.

Goldman will also pay $875 million to resolve claims by other federal entities and state claims.  Investors, including federally-insured financial institutions, suffered billions of dollars in losses from investing in RMBS issued and underwritten by Goldman between 2005 and 2007.

The settlement will reduce earnings for the fourth quarter by about $1.5 billion after tax, Goldman said in a statement.

''Today's settlement is another example of the department's resolve to hold accountable those whose illegal conduct resulted in the financial crisis of 2008,'' said principal deputy assistant attorney general Benjamin Mizer, head of the Justice Department's Civil Division

''Today's settlement is yet another acknowledgment by one of our leading financial institutions that it did not live up to the representations it made to investors about the products it was selling,'' said US Attorney Benjamin Wagner of the Eastern District of California.

"I am gratified that this office has developed investigations, first against JPMorgan Chase and now against Goldman Sachs, that have led to significant civil settlements that hold bad actors in this market accountable.''