Reserve Bank of India (RBI) has kept its key lending rate unchanged while sharply revising its growth projections for the economy to the lowest in seven years. 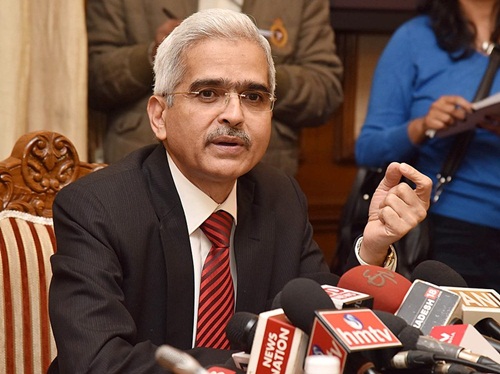 RBI seems to have realised that the current economic downturn does not have anything to do with liquidity and is more related to consumer and business confidence.
The Monetary Policy Committee (MPC) said the decision followed a spike in inflation in the near-term, while acknowledging that there is room to cut rates further going ahead.
The Monetary Policy Committee (MPC) at its meeting today decided to keep the policy repo rate under the liquidity adjustment facility (LAF) unchanged at 5.15 per cent. Consequently, the reverse repo rate under the LAF remains unchanged at 4.90 per cent, and the marginal standing facility (MSF) rate and the Bank Rate at 5.40 per cent.
The MPC also decided to continue with the accommodative stance as long as it is necessary to revive growth, while ensuring that inflation remains within the target.
These decisions are in consonance with the objective of achieving the medium-term target for consumer price index (CPI) inflation of 4 per cent within a band of (+/-) 2 per cent, while supporting growth, the MPC stated in its bi-monthly policy.
The policy announcement comes after the India economy registered its weakest growth, with the gross domestic product (GDP) growth moderating to 4.5 per cent year-on-year in Q2 FY20, extending a sequential deceleration to the sixth consecutive quarter.
Real GDP growth was weighed down by a sharp slowdown in gross fixed capital formation (GFCF), cushioned by a jump in government final consumption expenditure (GFCE). Excluding GFCE, GDP growth would have been at 3.1 per cent.
Growth in real private final consumption expenditure (PFCE) recovered from an 18-quarter trough. The drag from net exports eased on account of a sharper contraction in imports than in exports.
On the supply side, gross value added (GVA) growth decelerated to 4.3 per cent in Q2 FY20, pulled down by a contraction in manufacturing. The slowdown in manufacturing activity was also reflected in a decline in capacity utilisation (CU) to 68.9 per cent in Q2 FY20 from 73.6 per cent in Q1 in the early results of the Reserve Bank’s order books, inventories and capacity utilisation survey (OBICUS).
Seasonally adjusted CU also fell to 69.8 per cent from 74.6 per cent during the same period. Growth in the service sector moderated, weighed down mainly by trade, hotels, transport, communication, broadcasting services and construction activity. However, growth in public administration, defence and other services accelerated in line with the surge in government final consumption expenditure.
Agricultural GVA growth increased marginally, despite contraction in kharif foodgrains production in the first advance estimates.
Looking beyond Q2, rabi sowing is catching up from the setback caused by delay in kharif harvesting and unseasonal rainfall in October and early November. By 29 November, it was only 0.5 per cent lower than the acreage covered a year ago.
Contraction of output in the eight core industries, which constitute 40 per cent of the index of industrial production (IIP),  extended into the second consecutive month in October and became more pronounced, dragged down by coal, electricity, cement, natural gas and crude oil. However, output of fertilisers rose sharply, reflecting expectations of robust sowing activity in the rabi season.
According to the early results of the Reserve Bank’s industrial outlook survey, overall sentiment in the manufacturing sector remained the negative in Q3:2019-20 due to continuing downbeat sentiments on production, domestic and external demand, and the employment scenario.
Consumer price inflation, measured by year-on-year changes in the consumer price index (CPI), increased sharply to 4.6 per cent in October, propelled by a surge in food prices. Fuel group prices remained in deflation, while inflation in CPI excluding food and fuel moderated further from its level a month ago.
CPI food inflation spiked to 6.9 per cent in October – a 39-month high – pushed up by a sharp increase in prices of vegetables due to heavy unseasonal rains. Prices of onions, in particular, shot up by 45.3 per cent in September and further by 19.6 per cent in October. Inflation in several other food items such as fruits, milk, pulses and cereals also increased, reflecting diverse factors .
Households’ inflation expectations, measured by the Reserve Bank’s November 2019 round of the survey, increased by 120 basis points over the 3-month ahead horizon and 180 basis points over the 1-year ahead horizon as they adapted to the spike in food prices in recent months. Based on the Reserve Bank’s consumer confidence survey, spending on non-essential items of consumption has shrunk compared to a year ago. However, consumers expect their overall spending to remain unchanged going forward largely due to an increase in prices.
On the liquidity front, overall liquidity in the system remained in surplus in October and November 2019 despite an expansion of currency in circulation due to festival demand. Average daily net absorption under the LAF amounted to Rs1,98,566 crore in October.
The MPC noted that since is October 2019 meeting, global economic activity remained subdued, though some signs of resilience are becoming visible. Among emerging market economies (EMEs), GDP growth in China decelerated further in Q3, reflecting weak industrial production and declining exports amidst trade tensions with the US. While retail sales edged lower in October, fiscal and monetary stimuli are expected to temper the slowdown.
On the commodity front, crude oil prices have moved in a narrow range in both directions since the last meeting of the MPC, reflecting changing sentiments relating to progress in US-China trade talks.
Gold prices traded sideways before falling in early November as a revival of risk appetite eased safe haven demand. Inflation remained benign in major AEs and EMEs in Q3, except in China where it firmed up to its highest level in eight years.
Global financial markets were buoyed in October by risk-on sentiment stemming from renewed optimism on a trade truce between the US and China and possibility of a Brexit deal.
In EMEs, bond yields showed mixed movements, driven initially by optimism on US-China trade talks and country-specific factors.
In currency markets, the US dollar weakened against other major currencies, while EME currencies have been trading with an appreciating bias.
MORE REPORTS