Time for govt to step up infrastructure investment: Kumar Birla 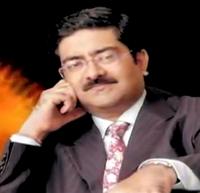 The government must step in to invest in infrastructure sector in a big way to offset a slowdown of private sector investments and set off a "virtuous circle" of investment and economic growth, Aditya Birla Group chairman Kumar Mangalam Birla said.

In fact, most of the CEOs assembled at the Economic Times Global Business Summit in New Delhi on Friday CEOs said the government and India Inc should now concentrate on investment required to realise India's growth potential as the entire world sees in India as the growth engine.

Business leaders put little premium on fresh laws that some of them, led by Sunil Mittal said that most of the needed reforms are already in place and the focus should now be on investment.

"I think we have some issues to deal with. Clearly, there is slowing down of investment in the economy specially in the private sector and I think to kick-start that investment by the government, infrastructure is something that becomes critical," Birla said while speaking at the summit.

"I think that is (investment in infrastructure) one factor that will set off virtuous circle of investment and growth in the economy that all of us are looking for," he said.

To the question put to a panel of high-powered global and Indian CEOs at the inaugural session of the Airtel-Economic Times Global BUSINESS Summit, whether India can make it in this tough world, the answer was an upbeat `Yes''.

The time is ripe for India to step up investment in infrastructure and improve ease of `Doing Business' and the result would be remarkable growth. And much of this depends on executive action, rather than legislative changes.

Economic Times associate editor Anand Mahadevan, who moderated the discussion, set the context by first asking PwC's Nally about the findings of the latest edition of PwC's survey of global CEOs. Nally said while 27 per cent of the respondents expected the world economy to worsen, Indian CEOs were far more optimistic.

While this definitely is a positive, he drew attention to a sobering finding of the survey: despite all the positive vibes about India being the fastest-growing large economy, huge emerging middle class and a young, energetic workforce, India ranked only number five as these CEOs' preference as an investment destination.

He stressed the need for India to improve ease of `Doing Business'. Birla rated the demographic dividend as the biggest positive for India that was endorsed by Sunil Mittal later.

Uday Kotak counted low oil and commodity prices, low inflation, the low current account deficit and low interest rates around the world as enabling factors for a spurt in infrastructure creation in India.

But he, like RBI governor Raghuram Rajan, also sounded a warning against too much reliance on borrowed money.