Bombardier may sell its $7 bn train business to Alstom: report

Days after Canadian plain and train maker Bombardier Inc announced the transfer of its 33.5 per cent stake in the A220 passenger jet programme of Airbus, completing its exit from civil aviation, the firm is reported to be close to selling its $7 billion train business to France’s Alstom SA. 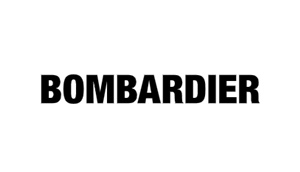 Montreal-based Bombardier ceded control of the A220 programme to Airbus in 2018 for a token C$1 as part of broader efforts to improve its finances.
Reports citing a source familiar with the matter said an announcement could come today, adding a deal has only to be signed now.
The Wall Street Journal said Alstom is expected to use a cash-and-stock deal to acquire the business.
Quebec pension fund Caisse de Dépôt et Placement, which owns a 32.5 per cent stake in Bombardier’s train business, has agreed to sell its stake to Alstom and buy a minority stake in the combined train company, the WSJ report said.
Bombardier has been struggling to contain higher rail costs generated by a few problematic contracts in its nearly $36 billion order backlog.
The deal would help Alstom compete more effectively against Chinese rail giant CRRC Corp Ltd, after the French maker of TGV bullet trains was blocked last year by European regulators from merging with Germany’s Siemens.
Alstom confirmed it is in discussions with Bombardier regarding a possible acquisition of Bombardier Transportation by Alstom.
Alstom said discussions are on-going and no final decision has been made, adding that it would inform the public of any material developments in this respect.
Bombardier is a global leader in the transportation industry, with production and engineering sites in 28 countries and employing over 68,000 worldwide. The company has a broad portfolio of products and services for the aviation and rail transportation markets.
MORE REPORTS