Pfizer explores sale of some treatment drugs worth over $2 bn

US drug giant Pfizer Inc is exploring sale of some cardiology, urology and primary care treatment drugs worth over $2 billion, as part of its plan to raise cash and streamline its portfolio, Bloomberg reported yesterday, citing people familiar with the matter. 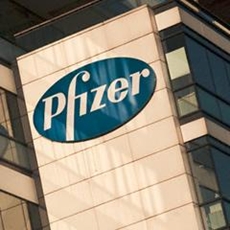 The New York-based company has hired JPMorgan Chase & Co as financial adviser for the sale and the process is at a preliminary stage, the report added.

Pfizer's is looking to sell the treatments, which generate about 40 per cent of sales from the US and another 45 per cent from Europe, and the sale could attract drugmakers and private equity firms, Bloomberg said.

Pfizer, which closed its $14-billion purchase of cancer drug specialist Medivation, is on the prowl to make big-ticket acquisitions despite walking away from a $160 billion mega-merger with Allergan Plc.

In October 2016, Pfizer agreed to sell its global infusion therapy business, which it acquired through its $15-billion purchase of Hospira in 2015, to ICU Medical for $1 billion and was reported to weighing a potential sale or spin-off of its consumer health division worth as much as $14 billion.

Pfizer, whose share price closed yesterday at $31.47, has a market cap of around $192 billion and cash reserve of $15 billion.