In the absence of a domestic sovereign wealth fund backing, public sector oil explorer Oil and Natural Gas Corporation (ONGC), has once again lost the race to acquire energy assets to China's large state owned enterprise, the latest in a string of losses to its cash rich neighbour. 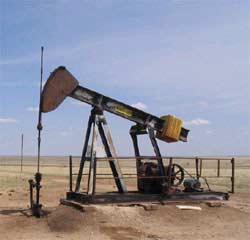 ONGC Videsh, the overseas arm of ONGC has been outbid by CNOOC, China's third-largest oil company in acquiring a 50-per cent interest in Uganda's oil fields.

Tullow, which became the sole owner of the Blocks, had put 50 per cent of its interest for sale as the project required huge investments to build a 1,200 kilometre pipeline to the Kenyan port of Mombassa to export the oil as well as building a refinery.

ONGC Videsh had initially partnered with the UK's Scotland-based independent oil explorer Cairn Energy, which has oil production interest in Rajasthan, to bid for the 50-per cent interest.

After Cairn Energy backed out from the bidding, ONGC Videsh teamed up with Oil India and Indian Oil Company to make a $2.1-billion bid.

Heritage Oil had awarded the stake to CNOOC last month as the Chinese oil major had made a superior bid of $2.5 billion. (See: Tullow Oil sells stake in Uganda's oil fields to CNOOC for $2.5 billion)

The deal was signed by CNOOC and Heritage Oil this week in London.

Armed with more than $2.4-trillion in foreign exchange reserves as of last month, China has supported its oil companies to make landmark overseas acquisitions in the energy and minerals sector.

The country is finally planning to set up a $20-billion sovereign fund to aid state-owned ONGC to compete with its Chinese rivals in overseas acquisitions.

According to the Paris-based International Energy Agency, India's energy consumption is likely to more than double by 2030 to 833 million tons of oil equivalent, which would make the country's import bill soar to more than $248 billion if taken at an average price of $66 a barrel of crude.