India's fourth-largest drug maker by sales, Lupin Ltd, and private equity firm BC Partners have been shortlisted as prospective buyers for German chemicals and drugmaker Bayer AG's dermatology business worth around €1 billion ($1.1 billion). 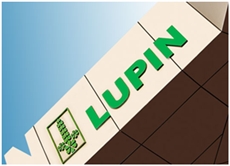 Lupin is mainly attracted by the Bayer dermatology business's regional presence in North America, where the Indian maker of generic and specialty drugs is keen to expand, while BC Partners has been trying to add more healthcare assets to its portfolio, Reuters yeasterday reported, citing people familiar with the sale.

Bayer, which is currently negotiating a deal to buy Monsanto Co for about $56 billion to create the world's biggest maker of seeds and pesticides, had hired JPMorgan Chase & Co to assist in the sale of its dermatology business, which include Desonate for eczema and Finacea for rosacea.

Bayer had in 2006 acquired Intendis Inc and its dermatological portfolio and subsequently changed its name to Bayer HealthCare.

Bayer HealthCare's dermatology unit specialises solely in dermatology. It is headquartered in Berlin, and was founded in 2005 as a subsidiary of Schering AG, Germany.

In 2015, Bayer restructured its operations and included allergies, cardiovascular risks and dermatology under its consumer health division.

Bayer has also been reported to be looking to sell its radiology business worth more than $3 billion in order to raise money for Monsanto acquisition.

Lupin has recently been buying overseas drug assets in order to strengthen its foothold in North America.

Lupin is the fifth-largest and fastest-growing among the top five generics players in the US, with a market share of 5.3 per cent in prescriptions. The company is also amongst the top 10 generic pharmaceutical company in Japan and South Africa.