An ode to Krishna

After completing his Master’s from Indian Veterinary Research Institute, Izatnagar, in Uttar Ptadesh, India,  Mithilesh Kumar  did his MBA from the UK. He also did PGDP Post

Graduation Diploma in Publishing from Ambedkar University Delhi, before appearing for the Indian Civil Services examinations, where he was selected for the Customs services.
Being a veterinary doctor in Bihar and being selected for the customs services, he made his debut at the age of 67 with the book Supercop of Aryavrat. With intensive research spread over three years on the life of Shri Krishna from various sources to understand various aspects of Shri Krishna’s life and decipher the modern names of the kingdoms and cities from that era, the author has woven a concrete story from the various threads of side plot, contributing to the genesis of Supercop of Aryavrat. During the time, he was exposed to a different culture and people, which he says, helped in moulding his personality.
In this interview with Swetha Amit, Kumar talks about the idea behind his book, the research involved and also his upcoming book. 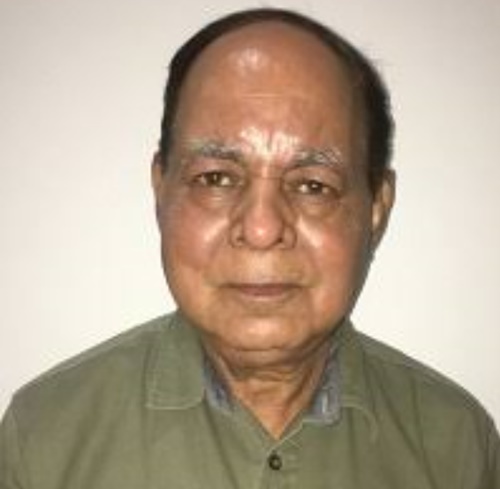 How did the idea initially for Supercop of Aryavratt come to you?
I have been an ardent fan of one of our greatest ancestor, Shri Krishna. However, the more I read about him, the more I realized that there was not a single book that covered his entire life story at the same time. Mahabharata, Harivansh Purana, Shri Madbhagavata, and others only revealed parts of his life. Also, these are basically religious epics. So, I came up with the idea of writing a general book and not a religious one. A book that showed the complete life-story of such a great personality from his point of view.
Since there have been a lot of books with Mahabharata as the theme, what kind of research did you do while writing your book?
First, this book does not have Mahabharata as its theme. Mahabharata is basically about the 18-day war while I have tried to capture a 125-years and 7-month story of our ancestor that spanned from 19-7-3228 BC to 18-2-3102 BC.
Doing research on someone who lived over 5,000 years ago involved a lot of study. I went through whatever material I could find besides the various articles on marine archaeologists after the underwater research near Dwarka.
Deciphering modern names of the kingdoms and cities of those times was also important. Wikipedia helped in that.
In your introduction, you have mentioned that keeping a copy of the Mahabharata is considered inauspicious. What is the reason behind this?
Keeping a photo of the smiling baby Krishna looking in your eyes is considered a good omen for a pregnant woman as it emanates positive vibes in the house. On the contrary, keeping a copy of Mahabharata is considered inauspicious. Since it’s a book on war, it gives rise to quarrels and other problems within a family, is an old belief.
It’s an irony that while helping and playing supercop to Arvyavrat, Krishna ended up neglecting his own kingdom. How does one balance this aspect of helping others and yet not neglecting your own self?
I would say that time management is key to balancing this aspect.
Competitiveness tends to bring out the worst in individuals as seen in the Mahabharata.  How does one retain one's sanity in this competitive world?
Gita guides you for that. Labour hard all through the day without craving the result because that is not in your hand. At the end of the day, feel contented and thank God for whatever you get. 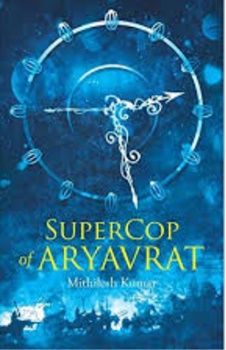 Your book depicts several instances of leadership. According to you, what are the attributes of a good leader?
In today’s world, there are various types of leaderships. Hence the required attributes for one may not be the same for another. To clarify, a political leader should be capable of mobilising the masses while a leader in office is basically concerned with man-management and getting work done through others and achieving targets.
In the case of Shri Krishna, he had the highest attributes of all types of leadership. A charismatic leader and a brilliant orator, he had the capacity to convince people and mobilise the masses. Moving masses from Mathura to Dwarka is an example of that. In wars, he led from the front. Attacking Narakasur is one of the examples. Very inquisitive and innovative, he believed in experimenting. Invention of iron on Gomantak hills is an example of that. Always ready to accept challenges, he never shirked responsibility and always assumed it.
Krishna, your protagonist in your book mulls having been a pawn in the entire epic. Is everyone ultimately a pawn in life or can it be considered their purpose?
You should not be a pawn of the lines of your palm. It means you are not necessarily a pawn in life. You can change your destiny and your karma as per your deeds. Fix a target, make strategy and labor hard in your implementation. Examples of boys and girls from impoverished backgrounds becoming IAS and officers and other in other fields
come up regularly. By karma, they changed their destiny and they did not remain pawns of destiny.
The friendship between Krishna and Sudama is a wonderful example of true friendship. Do you see such friendships today or does every relationship purpose-driven?
Most of the relationships today are purpose-driven. But there are exceptions even in grammar.
What are your plans? Any more books in the pipeline?
I am thinking of sending another book of a different genre to the publisher. Its a story of two boys and a girl, studying together in class XI in a Mumbai school. The story showcases their mischievous days in school and will make readers feel nostalgic about their own school days.  Hope this book is intended to evoke a smile from the readers.
MORE REPORTS