A mystical tale of the forest folk

Anand Neelakantan is the author of the Baahubali trilogy, the prequel to SS Rajamouli's movie. The first book in the series, The Rise of Sivagami, was released on 15 March 2017 and continues to be the No. 1 bestseller across charts. The book was on Amazon's list of Top Five Bestsellers for 2017.

Neelakantan is also the author of Asura: Tale of the Vanquished, which told the Ramayana from Ravan's point of view. He followed it up with the tremendously successful Ajaya series. Neelakantan's books have been translated into more than nine languages, including Indonesian. He has announced a mini-series based on Neelakantan's books, on the lines of Game of Thrones.
He has also written scripts and screenplays for popular TV series like Siya Ke Ram, Ashoka, Mahabali Hanuman, etc. He writes columns for The Hindu, Indian Express, Pioneer, Washington Post, among others. He also writes a fortnightly column called Acute Angle for Sunday Express. He has upcoming series planned with Discovery, Star TV, Netflix and Amazon.
Also a prolific writer in Malayalam, Neelakantan lives in Mumbai with his wife Aparna, daughter Ananya, son Abhinav and pet dog, Jackie the Blackie.
In this interview with Swetha Amit, he talks about his latest book Vanara, the social evils and his upcoming books. 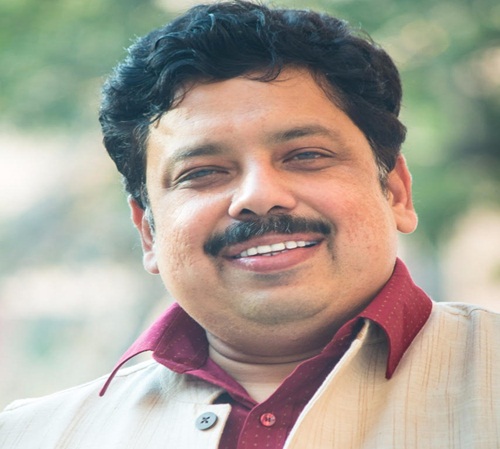 Vanara is an interesting story about the rarely known legend of Baali and Sugreeva. What inspired this book?
When I had written Asura, I thought I was done with exploring Ramayana because I had also written screenplays for TV series like Siya Ke Ramand Mahabali Hanuman. Meanwhile, I was writing these series of short stories based on the characters from Ramayana. One among them was the character of Tara. The editor-in-chief of Penguin had seen this particular story and felt that it could be expanded into a novel. After that I started re-reading my previous notes that I had collected for my previous works. It was then that I discovered that there was another epic hiding in the Ramayana. It was sort of a Shakespearean in tragedy and the character of Baali seemed to fit the bill. I thought it was a great idea to expand this story and simultaneously discovered this great love triangle between Baali, Tara and Sugreeva.
You have elaborated on some of the lesser known characters of the Ramayana. What kind of research was involved for writing this book?
The research is almost my three decades of reading and collection of folktales. It was also through the folk stories which I had acquired through travel. My book Asura was backed by almost a decade of research. So, I had made notes while writing Asura. The same notes helped me in writing my other works including the TV series Siya ke Ram. Eventually this also helped me write Vanara.
You have subtly brought out the caste system in your story. Sadly, this is something that is still prevalent in our society today despite the fact that the world has evolved in many other ways. What is your take on this?
Without a doubt caste system is something that is pulling India back. It’s a bane of Indian society. A culture which has achieved so much has stagnated because of this. Even our scientific research has become stagnated because of this. Until we overcome this issue, we will not be able to progress much and take over rightful place among the world leading nations.
There is a part in your book which deals with the genesis of sin. What according to you is a sin, considering your books don’t showcase an all-black or all white portrayal of the characters?
The concept of sin and virtue is not truly Indian. India is all about karma. I think sin is an Abrahamic concept and based on guilt. It’s a good tool to control people which many religions use. I think later on Hinduism also adopted this. The more you talk about sin, the more power you give to the priestly classes.
One of your characters, Hanuman, mentions an interesting aspect about the untamed mind being a beast that could destroy everything. How does one control the mind? 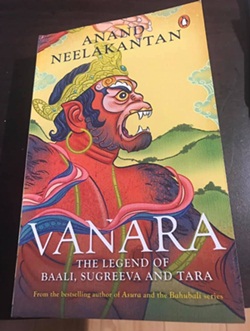 Publisher: Penguin Random House
One cannot control the mind though man has always attempted to control it. This is just a dream by many philosophers who think that one can achieve a lot by controlling the mind. I firmly believe that imagination has to be let free. The world has been built by people who have let their dreams and imaginations soar high. Though many people have advised in controlling the mind, I don’t really agree with this theory.
You have also subtly talked about Jallikattu in your story. Was it a conscious attempt to do so, considering how there was a huge controversy around it couple of years back?
I believe that every word that I write in my book has a purpose. I brought Jallikattu because it is a cultural aspect. I was writing about a tribal society in the southern most part of the country. There are evidences that Jallikattu was an art form. Many other forms of art or sports have an old history. And there is possibility that Dundubhi story is a manifestation of that history.
You have mentioned that while writing about a particular character, you are inside his / her mind completely. As an author, do you find it difficult to get the character out of your mind when the book is finished?
Since I always try to become the character and tend to get inside the mind of the character, it becomes difficult for me to come out of the character. This is the reason why I don’t write much in the evenings as I find it tough to get sleep with the character deeply etched in my mind.  I always try and write in the mornings when I am fresh and gives me time to detach myself from the character before I call it a day.
What plans next? Any more books in the pipeline?
I am currently editing the second book of the Baahubali series.  There is also a non-fiction book called Asuramarga where I argue about why discontentment is required in life. That is why one should subject themselves to anger and jealousy etc. Simultaneously I am also attempting a humorous book.
(Also see: Excerpt from Vanara-The legend of Baali, Sugreeva and Tara)
MORE REPORTS