Arun Firodia and the art of innovation on two wheels 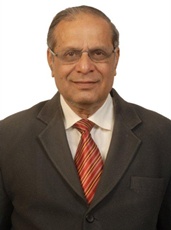 Known for his ingenuity in innovation, he was instrumental in creating India's first moped, Luna, which became a success and later the hugely popular Kinetic Honda scooter, in collaboration with Honda Motors of Japan. He has also collaborated with engineering giants Hyundai Motors, Taigene Electric Machinery Co,  Sciaky Inc, Daewoo Group and San Yang Industries. He was also awarded the Padmashri, fourth highest civilian award of India, in 2012.

In this interview, Arun Firodia talks about his innovation of the Luna and a scooter positioned as the riding wheels for women, the story of both of which have been encapsulated in his recently-launched book Innovation On Two Wheels, which traces his journey back to the time when he revolutionised commuting in India,  and his future plans.

Brands like Luna and Kinetic Honda were were your entrepreneurial creations. What motivated you to innovate decades before "innovation" crept into management jargon?
I always wanted to do something that would make a difference to the lives of people. We wanted to make a small contribution to the social transformations that were taking place in India in the '70s. With cities growing, people found it difficult to just commute on bicycles.

So we felt it was the right time to introduce a low-cost vehicle that would provide mobility. While Luna gave mobility to the common man, Kinetic Honda gave mobility to women. I am gratified that we were able to make that difference. That was our inspiration and motivation.

While developing the Luna, which was a hybrid between a bicycle and a motorised vehicle, how did you ensure safety while designing this product to overcome the challenges of poor road conditions of those days?
Yes, it was a big challenge to make a lightweight vehicle weighing only 50kg, which would withstand Indian roads that were of poor quality. It also had to withstand elements like a dusty atmosphere, adulterated petrol and overloading. We did extensive road trials on the roughest possible terrains in overloaded conditions. After every round, we even sprayed dust around the vehicle.

We also concentrated on a few aspects and ensured that Luna was set apart from its counterparts. Luna had 16" diameter wheels whereas scooters had 9" diameter wheels. Luna had shock absorbers on both sides whereas a Bajaj scooter had shock absorber only on one side. Luna had a centrally-mounted engine whereas a Bajaj scooter had a side-mounted engine. So all these factors helped Luna score high on safety.

Considering the fact that engineering plastics were not developed, what prompted you to go ahead with the idea of creating plastic headlights?
We wanted the weight of Luna to be 50kg. While making it sturdy enough to withstand the Indian road conditions, we had to use plastics on all parts that were not load-bearing because plastic weighs only one-seventh of steel. These parts included the fan, all covers, air filter, sari guard, headlights etc.

Positioning of a product is considered a vital factor. Nano was launched as a common man's, "cheap" car, which was later acknowledged as a mistake by the chairman. Did you see Luna face a similar stature in the 1970s when it was launched as the common man's vehicle?
Luna was not positioned as a poor man's vehicle. It was positioned as the "intelligent choice" of an aspiring person going up in life'. The Chal Meri Luna campaign showcased people like a trader (incidentally this role was enacted by Rajkimar Hirani of 3 Idiots fame) to look after three shops or Radh, the doctor zipping around to attend to her duties in time and Ram Murari, the officer, to reach home in time in to spend time with his family.

Luna was awarded as a 'Man of the Match' prize. I remember, it was given to Salim Durrani, Sandip Patil, Farroukh Engineer and Chandrasekhar. It was awarded to SSC toppers. So all this added an aspirational value to Luna. 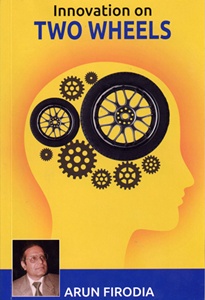 Kinetic Honda was also positioned as the two-wheeler for women. What were the safety norms back then and how do you see the safety aspects of driving a two-wheeler today as compared to the 70s?
Kinetic Honda had both brakes in hand rather than one brake in hand and one below the foot. As a result both brakes were applied with equal force. This helped the vehicle stay erect even during braking, unlike a Bajaj scooter, which tended to skid due to the unequal braking effort on the two wheels. This design in fact has been incorporated in all present day scooters. So keeping such factors in mind, we ensured that Kinetic was a safe drive.

However, even in urban areas, considering the traffic and road conditions today, one would still opt for a two-wheeler due to its agility and time saving feature. In fact in America, you will find many people resorting to a two-wheeler usage in order to save time. So that way, markets for two-wheelers will never die down.

Hence we had the slogan, Samay Bachaiye, Petrol Bachaiye and for Kinetic Honda it was You deserve the best. ''

With regards to Kinetic, in order to create a deeper impact, we entrenched ourselves in the Guinness World Records. We managed to achieve feats like crossing the Khardungla pass in Ladakh, which was the highest motor-able pass, and it was the first time any scooter had achieved such a feat.

We then sponsored a TV programme called Guinness book of World Records and that emphasised the fact that our scooter was a cut above the rest.

Also one needs to be careful while using the characters in the ads. For example, if there is a character with a north-Indian name in the ad, it may lose its appeal down south and vice versa. So for Luna, we used two heroes - with names from the north and south respectively. That enabled us to connect with the entire country.

Where does one see the Kinetic group today?
Kinetic is at present active in Auto Electronics, Auto Electricals, Machine Tools, Elevators and Escalators, Green Energy products and Lifestyle products.

Lastly, after Innovation On Two Wheels, do we see any more books from Arun Firodia?
I have just finished writing two books. They are, Carbon Footprint of Pune (and how to reduce it) and Smart City.

I am currently designing the layout. Carbon footprint that should be out in a month while Iwill find its way to the readers in a couple.