Craig Wright, the self-proclaimed inventor of bitcoin, faces accusations of swindling of over $5 billion worth of the cryptocurrency and other assets from the estate of a computer-security expert. 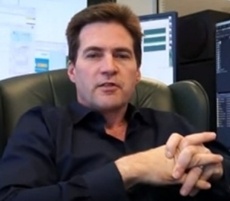 Wright had claimed in 2016 that he created the computer-based currency under the pseudonym Satoshi ?Nakamoto. He allegedly pulled off a scheme to use fake contracts and signatures to lay claim to bitcoins mined by colleague Dave Kleiman, another cryptocurrency adherent, who died in 2013, according to a lawsuit filed by Kleinman's brother.

According to Kleiman's family, they own the rights to over 1 million Bitcoins and blockchain technologies Kleiman mined and developed during his lifetime and that the value of the assets exceeds $5 billion, as per the 14 February filing in federal court in West Palm Beach, Florida.

''Craig forged a series of contracts that purported to transfer Dave's assets to Craig and/or companies controlled by him,'' lawyers for Kleiman's family said in the complaint. ''Craig backdated these contracts and forged Dave's signature on them.''

The suit also alleges that Wright an Australian resident in London violated partnership duties to Kleiman and unjustly enriched himself at his colleague's expense.

According to the court filing, Wright and Kleiman formed a Florida-based company, W&K Info Defense Research LLC, in 2011 to focus on cybersecurity.

The legal action comes as the latest twist over the identity of the creator of Bitcoin. In 2016, Wright publicly claimed to be the inventor, after years of ongoing speculation (See: Australian tech entrepreueur, Craig White claims to be creator of digital currency, bitcoin). But critics were quick to cast doubt over his claims, citing a lack of proof.

Wright later chose to withdraw from the spotlight and apologised for the whole incident.

However, his decision to claim Bitcoin as his invention might have backfired as Kleiman's family is now demanding that the Australian entrepreneur give up the bitcoin he supposedly owes them.