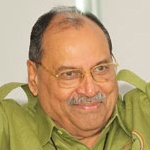 QNet Ltd, formerly known as QuestNet, GoldQuest, and QI Limited, a Hong Kong based multi-level marketing company with direct sales on an ecommerce platform, is owned by the QI Group

The Mumbai court had, earlier this month, given the Economic Offences Wing (EOW) of Mumbai police the custody of Ferreira and the other three co-accused - Srinivas Rao Vanka and Magaral Veervalli Balaji (both directors of Vihaan Direct Selling Pvt Ltd) and Malcolm Nozer Desai – who had surrendered.

Ferreira had sought anticipatory bail, which was rejected by the Supreme Court, later surrendered to the Economic Offences Wing in a special Maharashtra Protection of Interests of Depositors Act court on 1 October.

He was first remanded in EOW custody till 13 October and then in judicial custody, after which the Hyderabad police sought his transit remand.

QNet and its franchisee firms have been accused of using the banned binary pyramid business model for their multi-level marketing (MLM) schemes to lure investors.  These firms were also accused of duping investors.

The FIR was registered in August 2013 under the Prize, Chits and Money Circulation Schemes (Banning) Act, 1978 and Maharashtra Protection Of Interest Of Depositors Act.

EOW has so far arrested 17 people. The bank accounts of QNet, its representatives and associates have been frozen, with assets worth Rs110 crore.

Ferreira held 80 per cent shares in a franchisee of Hong Kong-based QNet, according to information provided by special public prosecutor Pradeep Gharat to the court in Mumbai.

QNet ran a 'Ponzi scheme', seeking investments between Rs30,000 and Rs7,50,000, the prosecutor had said, adding the investors never got the high returns they were promised.

The money earned by QNet was "laundered" and diverted out of the country, Gharat had told the court, adding that Ferreira's interrogation was necessary to find its "destination".

Ferreira is also a director of the accused company Vihaan Direct Selling India Pvt Ltd, which is a master franchise of QNet in India.

The four accused will be produced in a local court and police will file a petition seeking their custody for further interrogation.

Police is also probing into the allegations that QNet cheated unemployed persons and software engineers on the pretext of providing employment and business, he added.

Around 60 complaints have been received in the city against the company, police said.