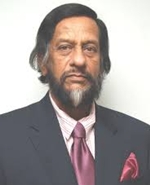 The governing council of The Energy and Resources Institute (TERI) in a meeting on Monday decided to terminate with immediate effect its three-decade long association with its director general R K Pachauri, who has been embroiled in three cases of sexual harassment.

The council decided to pay all the dues for the remainder of his tenure and bring an immediate end to it.

"His contract with the organisation was to end next July but the council has decided to end it and honour it by paying the remainder of the tenure to him," a governing council member told the The Economic Times.

Because of non-renewal of his membership, Pachauri will not be executive vice-chairman of the organization, which he was appointed as on 8 February 2016.

A TERI spokesperson in an email told The Hindu that ''Dr Pachauri's term as a member of the governing council of TERI ended on 31 March, 2016. As the post of executive vice chairman is co-terminus with this membership, his role as EVC also ended along with his membership of the Council.''

Pachauri maintained that his term as a member of TERI's governing council ended on 31 March 2016 and he felt it was time "for me to move away and get engaged in other interests which I have harboured over the past few years for activities at the global level".

In a statement, Pachauri said he was issuing it "to provide the media with information" about his "stepping down" from TERI's governing council, suggesting the decision to call time on his association with the organisation was voluntary.

In his statement, Pachauri said the TERI staff was its "greatest treasure" which under the new director general will take the institute to much greater heights in the years ahead.

"I have had the good fortune of leading TERI for three decades and a half and have received the priceless contribution from thousands of colleagues over the years in building up this Institute to level of an outstanding organisation.''

Pachauri said he had "greatly" benefited from the support the green body had "always" provided.

"I have also benefited greatly from the support I have always received from TERI's Governing Council, and would like to place on record my gratitude to them, beginning with the late Darbari Seth, my inspiration and leader in the initial years of TERI's development," he said.

Pachauri stepped down as chairperson of the UN Intergovernmental Panel on Climate Change in February 2015.

He began his career at TERI in 1986 and rose to the position of dean, Energy and Environment Engineering, from 1995 to 2000.

Initial complaint
In 2015, a 29-year -old former research analyst of TERI lodged a complaint against Pachauri for sexual harassment.

The complainant in her statement before a magistrate said that she repeatedly told Pachauri that she had no feelings for him, but Pachauri kept sharing poems expressing his feelings using words like "love sequestered".

On 1 March 2016, the charge sheet was filed with the Delhi Police saying that there was sufficient evidence against the TERI executive.

It also said that the probe in the case was complete and the accused may be called through notice and put on trial for his "criminal act".

In November, the woman researcher who accused him of sexual harassment quit her job at TERI, alleging that she was treated badly.