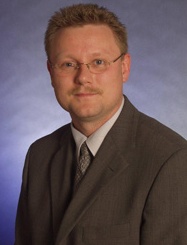 Haragopal, the senior VP and head of the Finacle business, has left the Bangalore-based IT firm to take up an entrepreneurial venture.

Haragopal served for 19 year at Infosys and had partnered with leading banks around the globe for Finacle-led business initiatives.

Finacle, a core banking product allows all the branches of a bank to access applications from centralised data centres, which, for instance, ensures that the deposits made by customers are reflected instantly on the bank's servers and the deposited money can be withdrawn from any of the bank's branches throughout the world.

Finacle contributes over 4 per cent of Infosys's $8.2 billion revenue, with an estimated two-thirds share of commercial banks in India as also significant shares in Africa and Asia.

The product, however, had failed to make a dent in the US banking market, the biggest in the world which had impacted its growth in recent times.

The company, last year launched a whole new version of Finacle in hopes of getting a toehold in the US market.

This comes as the first major exit from Infosys ever since the new CEO Vishal Sikka took over from 1 August, The Financial Express reported.

According to the report, Sikka was getting executives from his erstwhile employer SAP to join Infosys.

Besides Reh, three other executives from SAP have also joined Infosys.

Finacle enjoys a significant presence in India with a majority of lenders using the software.