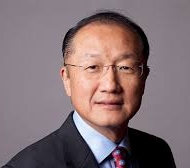 Jim Yong Kim, the incoming president of the World Bank, said in London that market-based growth is a priority for every country, and capitalist growth is the best way to create jobs and pull people out of poverty.

Jim Yong Kim was favoured over Nigerian finance minister Ngozi Okonjo-Iweala, who was supported by South Africa and other developing countries. A third candidate, former Colombian finance minister Jose Antonio Ocampo, pulled out of the race on Friday.

Kim told BBC in an interview that his background as a physician would help him in his new role.

He added that he would consider the cultural and social peculiarities of various regions to ensure that the Bank's schemes achieve the desired results.