NASA’s Lunar Reconnaissance Orbiter Camera (LROC) captured the site the targeted landing site image of Chandrayaan-2 lander, Vikram, in a Quickmap fly-around of the area, which is about 150 kilometers across the centre. 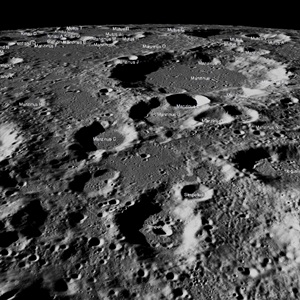