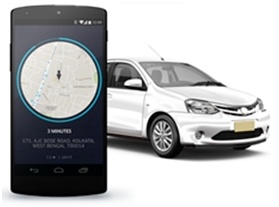 Last month, US car-hailing app giant Uber Technologies Inc., struck a deal to sell its China subsidiary to its biggest local rival Didi Chuxing in a $35 billion deal. (See: Uber to sell China subsidiary to rival Didi in $35 bn deal) A spokesman from the Commerce Department, known as MOFCOM, said that the department has already held talks with Didi on two occasions and asked for details on the planned acquisition and wanted an explanation why it did not apply for antitrust review.

After announcing the deal, Didi had said that it did not need to apply to the local regulator since UberChina's annual revenue is below the minimum threshold of 400 million yuan ($60 million), which otherwise would trigger an antitrust review.

The Didi-Uber deal has caused uneasiness among local consumers and rivals since both companies are giants in China's ride-hailing sharing service with a 90-per cent market share, but neither has made any profits yet.

While announcing the deal, Didi had said that it had more than 85 per cent market share for private car-hailing in China, while Uber said that it held a 30 per cent to 35 per cent of the Chinese market.

Consumer groups and rivals fear that fares could rise if both companies merge.

Although with a $28-billion valuation, Didi has not yet made any profit because the way the car ride hailing system operates, where companies subsidise fares to lure customers and in turn compensate drivers.

The spokesman for MOFCOM said at a press conference that it would continue to advance the investigation to protect fair competition in the market and safeguard the interests of consumers.