Govt does away with registration requirement for BPO and ITeS units

In a major boost to the Ease of Doing Business of the IT industry, particularly Business Process Outsourcing (BPO) and IT Enabled Services, the government on Thursday announced drastically simplified the Other Service Provider (OSP) guidelines. 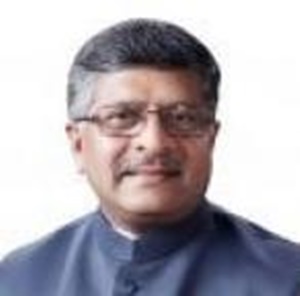 The government has done away with the registration requirement for OSPs altogether and thereby taking the BPO industry engaged in data related work out of the ambit of OSP regulations.
The new guidelines, announced by the Department of Telecom, tremendously reduce the compliance burden of the BPO industry.
In addition, requirements such as deposit of bank guarantees, requirement for static IPs, frequent reporting obligations, publication of network diagram, penal provisions etc have also been removed. Similarly, several other requirements, which prevented companies from adopting ‘Work from Home’ and ‘Work from Anywhere’ policies have also been removed. Additional dispensations to enhance flexibility for the Industry have been allowed.
The decision of the Department of Telecom will facilitate permanent work from home for companies.
The new framework will provide a strong impetus to India’s industry and will make India one of the most competitive IT jurisdictions in the World. The new guidelines are inspired by Prime Minister Modi’s strong emphasis on `Minimum Government, Maximum Governance’. India’s IT industry is a source of pride for the country and the new guidelines are aimed at removing unnecessary bureaucratic restrictions to allow the industry to focus on innovative new products and solutions. With this reform, the Government of India sends out a strong signal of its support to the IT industry with a view to encouraging increased investment in the sector. The reform will certainly unleash the potential of our talented youth by making India a preferred destination for information and knowledge outsourcing industry and would further the vision of ‘AtmaNirbhar Bharat’, an official release stated.
"Committed to furthering ‘Ease of Doing Business’ and making India a tech hub!" PM Narendra Modi said about the government's latest move.
"GoI has significantly simplified Other Service Provider (OSP) guidelines of the Telecom Department. Compliance burdens of BPO industry will be greatly reduced due to this," the prime minister tweeted.
Union minister for electronics and IT, Ravi Shankar Prasad also tweeted that the Govt has taken a major reform initiative to liberalize the regulatory regime for OSPs. “This will boost the IT/ ITeS/ BPO industry and create a friendly regime for Work from Home in India. #DigitalIndia.”
MORE REPORTS