The Supreme Court has taken a serious view of the leak of Aadhaar data, saying it has the potential to influence elections.
Hearing a bunch of petitions questioning the constitutional validity of Aadhaar, Justice D Y Chandrachud 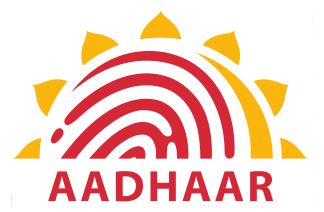 observed, "These are absolutely real apprehensions, including using personal information to rig elections. Aadhaar does not exist in an isolated world. We cannot treat it that way."
Justice Chandrachud, part of a five-judge constitution bench hearing the matter, further said, "There is a real apprehension that even elections can be manipulated thanks to data,” and wondered “whether democracy can survive if Aadhaar data is used to influence the electoral outcome".
The comments are in the context of the Facebook data leak by Cambridge Analytica, which may have been used during the US election.
Arguing for the Unique Identification Authority of India (UIDAI), Rakesh Dwivedi said the apex court should test each notification under Aadhaar on grounds of privacy. The entire scheme cannot be struck down.
The UIDAI counsel reacted strongly to Judge's apprehension and said, "Don't bring Cambridge Analytica into this". He said UIDAI doesn't have a learning algorithm like Google and only has a matching algorithm.
Dwivedi further said that the smartcard lobby doesn't want Aadhaar to succeed. He also said – curiously enough - that Google doesn't want Aadhaar to be a success story, though he did not substantiate it in any way.
Last month, the Supreme Court had extended the 31 March Aadhaar-linking deadline. The top court in a ruling on 13 March had said that Aadhaar was not mandatory for banking, phone and passport services until its final verdict.
The bench headed by Chief Justice Dipak Misra, hearing petitions challenging Aadhaar and its enabling law passed in 2016, also red-flagged certain provisions of the Prevention of Money Laundering Act (PMLA) and Rules made under it and asked the centre how bank accounts could be suspended and then frozen if they are not linked to Aadhaar.
The bench also referred to the testimony of Facebook CEO Mark Zuckerberg before the US Congress to press home the point that technology was a powerful enabler of mass surveillance, which could even influence elections in a major democracy like the US.
"Can you deprive a person of his property (money)? Can a rule be made beyond the scope of the law? The consequence here leads to deprivation. One cannot withdraw his own money as the account is not linked ... first, the account is suspended and then it may be blocked after six months. Can you do this?" asked the bench, which also comprised Justices A K Sikri, A M Khanwilkar, D Y Chandrachud and Ashok Bhushan.
MORE REPORTS